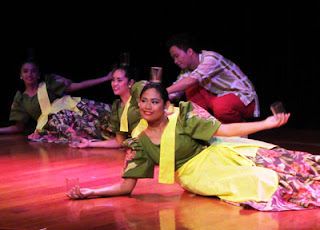 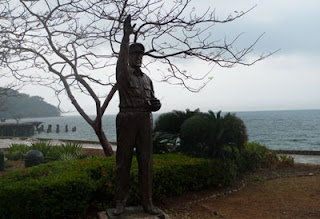 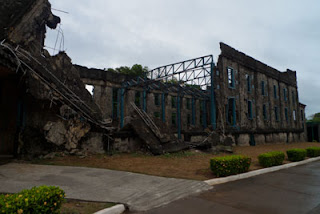 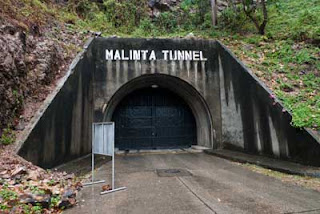 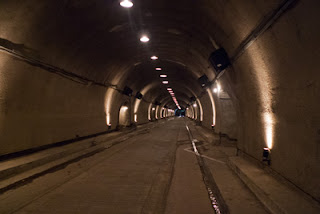 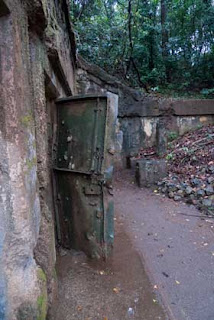 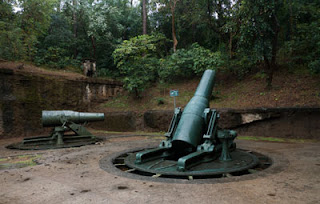 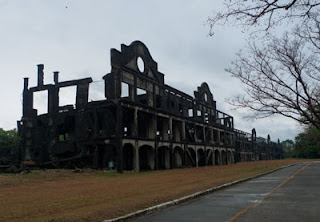 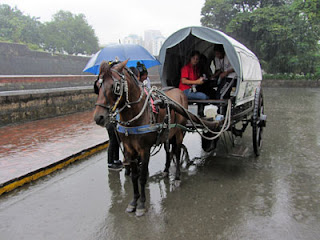 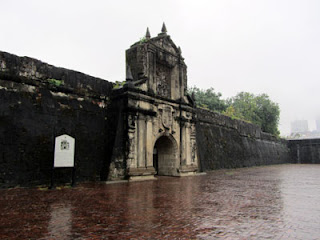 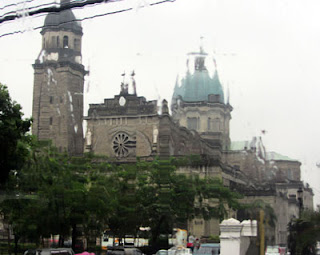 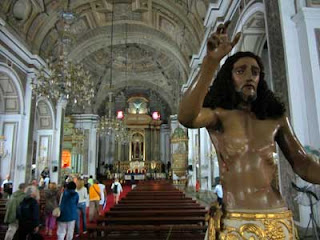 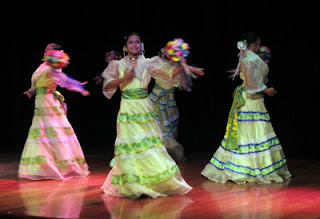 Today, as we approached Manila they was a tangible sense of excitement around the ship – as so many of the ship's crew are Filipino, they would have the chance to spend a few brief hours with their families who were thronging the pierside. Sadly, it was raining torrentially for most of the day, but this couldn't dampen the wave of emotion that was surging through the ship.

On a day when Manila's chaotic streets were even more inhospitable because of the drenching rain, it was a good decision to join the ship's tour to Corregidor Island, (a 75 minute ferry ride away in Manila Bay), to learn more about the country's tumultuous experiences during the Second World War.

The island guards the entrance to the Manila Bay, so it had tremendous strategic importance for the Americans in defending their colonial possession from the advance of the Japanese across the Far East after the bombing of Pearl Harbor in 1941. The Americans had heavily fortified the island, but with no reinforcements coming to its defence, the garrison under the command of General MacArthur were sitting targets to the relentless bombing and shelling by the invading Japanese troops.

We were taken to the evocative Malinta Tunnels, where the majority of the Americans were holed up, as they were pounded into submission. The dark, dank atmosphere was complemented by sound and light show that dramatised how awful the conditions must have been as food supplies, medicine and ammunition ran out, before the eventual surrender. The tunnels were further damaged in the fierce fighting to re-take the island back off the Japanese in 1945. As it became obvious that the Americans couldn't be stopped, up to 2,000 Japanese troops blew themselves up inside the tunnel, to avoid the dishonour of being captured alive.

The peaceful atmosphere today, made it hard to imagine what life here must have been like 70 years ago; but, as we toured the island, passing its gun emplacements, battle-scarred ruins, and many memorials, it was a sobering thought to consider that up to 10,000 men from all sides had been killed in defending, taking, and re-taking this small little island. Perhaps the most evocative sights were the skeletal remains of the old American barracks – its concrete ruins telling of the immense firepower that must have rained down on it, in the various battles for the island.

A very enjoyable and thought-provoking tour.