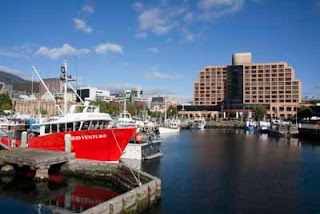 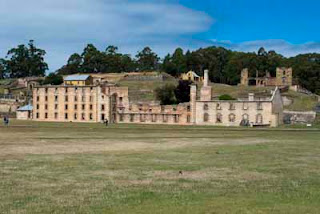 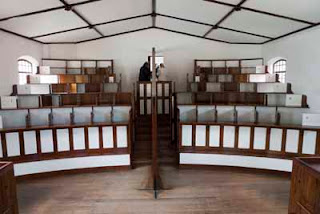 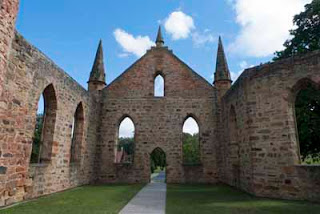 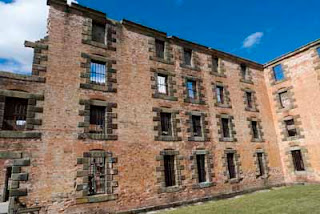 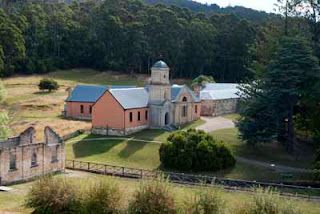 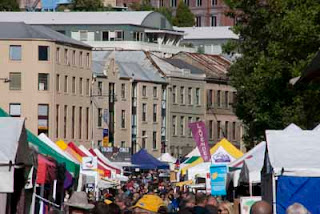 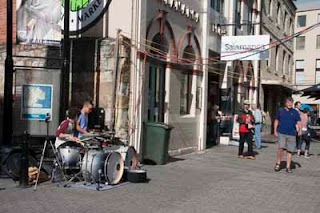 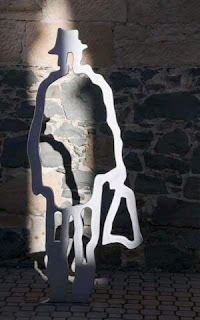 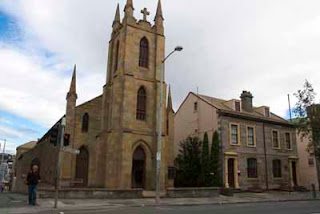 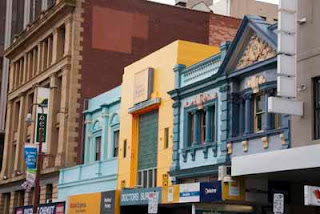 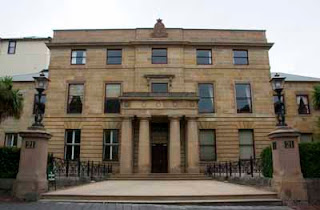 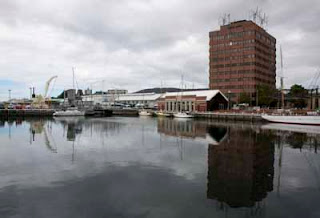 In spite of us heading north to Tasmania, we had the coldest morning of the cruise, as we sailed into Hobart's attractive harbour, and got hit by a cold wind blowing up from Antarctica.

But, we were lucky enough to be in Hobart on a Saturday, which meant that we could visit the wonderful Salamanca market, which was a buzz of buskers, food and craft stalls, and great crowds of people browsing. I didn't have too long to spend in the market or to explore Hobart's well-preserved colonial centre, because I was going on a tour down to the Tasman Peninsula to visit the Port Arthur Penal Colony - a chilling reminder of the days when Tasmania was called Van Diemen's Land, and to be sent here was once one of the most feared punishments in the British Empire.

On the way to Port Arthur we passed through a lot of charred forest that was recently devastated in the huge forest fires that engulfed the peninsula. It was sad to see the black skeletons of the trees and the melted ruins.

Once we got to Port Arthur, the day had warmed up nicely, and the whole place had a lovely feel to it – with its rolling lawns, sparkling harbour, and the ruined buildings of the old prison. In fact, the place looked so good, it was hard to imagine that being sent here to Van Diemen’s Land was once one of the most feared punishments in the British Empire (after transportation ended, Van Diemen’s Land was re-branded Tasmania to get away from the stigma of being such a horrible penal colony).
What made being sent here so bad, was the incredibly harsh regime in the prison – only the worst of the worst criminals were sent here (those who’d made a nuisance of themselves and re-offended in the penal colony at New South Wales), and then they were deprived of the most basic human rights.
We went to the “Separate Prison”, where the real problem convicts were sent, to be kept in solitary confinement in tiny cells, forced to live in complete silence and sensory deprivation. Prisoners no longer had a name, and even when they were allowed out of their cells (for just one hour a day), they had to wear a hood, so they couldn’t get any visual stimulation whatsoever. The guards even wore felt on their shoes so that there was as little noise as possible in the cell blocks.

The only place that the prisoners were allowed to see anything or make any noise was during the prayer service, but even here, they were put into compartmentalised booths, where the only person they could see was the clergyman in the middle.

It was fascinating to view these evocative relics of a time when the solution to petty crime, was to send people half way around the planet, and then work them in such harsh conditions that they either died, or were too frightened to ever offend again. Just to prove that crime didn’t pay, we took a boat trip out to an island in Port Arthur’s harbour, to visit the Isle of the Dead – the burial place for those who died in captivity. Most of the convicts were buried in shallow, unmarked graves, but it was fascinating to read the headstones of the few whose final resting places were actually marked.

The tour was the perfect antidote to those who think the world is only getting worse and worse these days – 150 years ago, Van Diemen’s Land was not a nice place to be, while modern Tasmania is lovely.