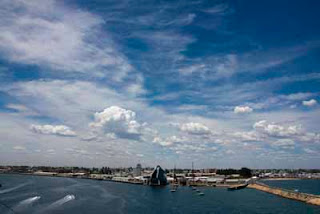 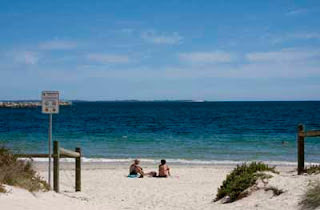 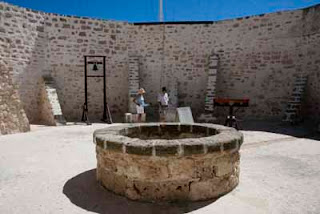 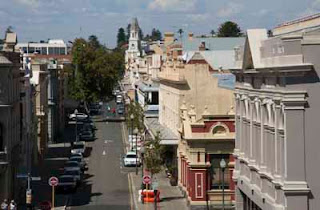 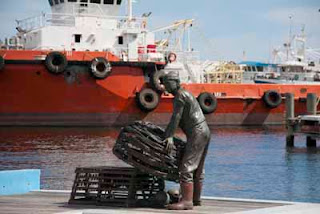 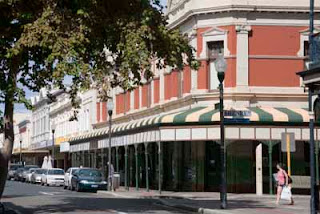 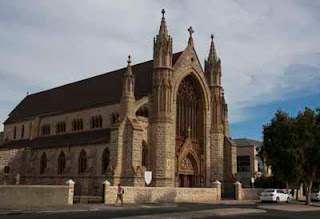 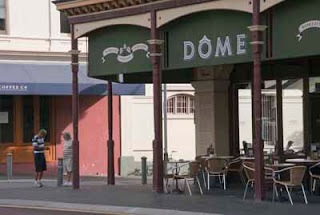 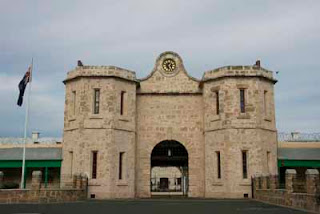 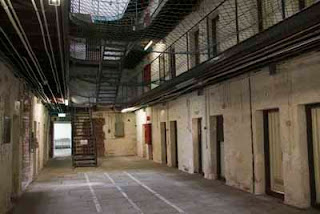 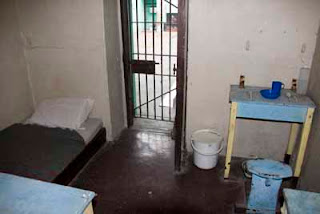 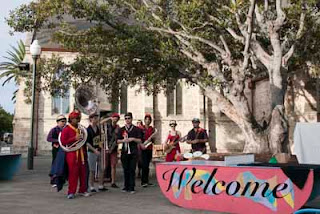 As we sailed into Fremantle, the mercury was well into the high 30s centigrade, and without much in the way of wind to cool things down, it was absolutely roasting.

As we explored the well-preserved Victorian streetscape of Fremantle, it was difficult to see that this used to be a fairly dodgy and run-down place until the staging of the America's Cup here in 1987. Since then, the town has been gentrified and its buildings restored, so that it's now a lovely place to go for a few drinks or have some food.

Before the America's Cup, Fremantle's chief claim to fame was that it was home to an infamous prison that kept its inmates languishing in primitive conditions, from the first transportation of convicts who were used to build the infrastructure of the young state in the 1850s, right through to 1991, when it finally ended its role as a high security prison.

As we'd visited the prison a few years ago, we only went to it to take photos from the outside. When we got there, we started to chat to one of the tour guides, who was waiting for people to go on the 5pm tour. He was giving us lots of interesting information, and when no-one for his tour showed up, he thought he might as well take us around for a tour that was not only private, but also FREE (my kind of tour!). It was so kind of him to do it, and he had a real passion for the gruesome stories of the brutal regime in here, and of what the prisoners got up to. In terms of cramped conditions, poor facilities, and treatment of the prisoners, those unfortunate enough to be sent here, didn't seem to suffer by comparison with those on other prison tours we've done to places like Alcatraz and Robben Island. That tour was a really unexpected pleasure.

As it was Tuesday, the famous Fremantle Market wasn't on, but we did have the compensation of it being Mardi Gras, so there was a rather bizarre procession of bohemian types gathering in the town square. The jazz band were great, but the artistic types seemed a bit too keen on showing their "wacky" credentials to be particularly entertaining, so we left to cool off on the ship.

As we were in town overnight, we went out that evening with a few friends for alfresco beer, fish and chips, and silly conversations – a perfect combination on a warm summer's evening.