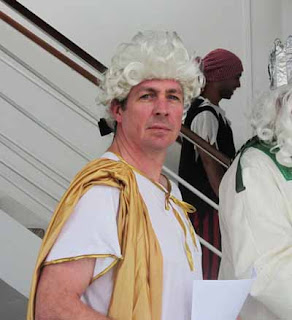 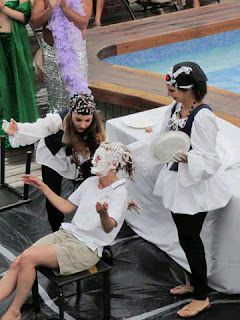 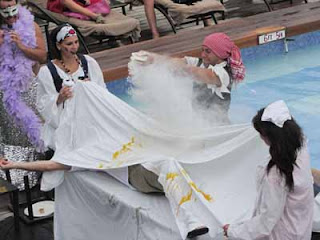 From Bali we had two days sailing north towards Borneo, which meant that we had to cross the equator again. I was asked if I would participate in the ceremony, but as I didn't want to be kissing a fish, or get covered in eggs and flour, I volunteered to be the Judge, who basically issued the charges against the accused, before King Neptune sentenced them to their familiar punishments.

This meant dressing up in an odd toga and donning a white wig, which was marginally less humiliating than the punishments doled out to the accused.

When you've been on a cruise ship for almost 50 days, these sorts of activities seem normal!