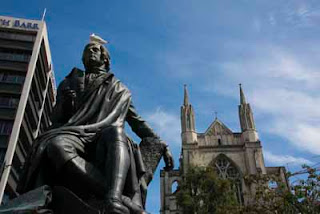 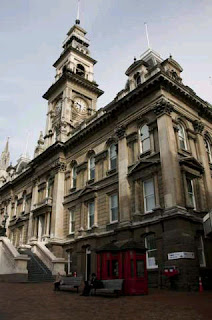 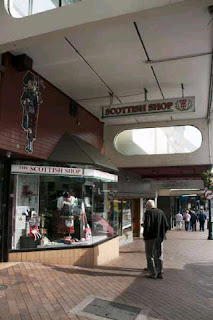 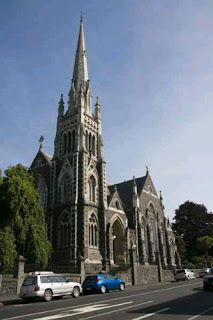 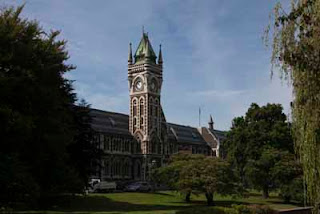 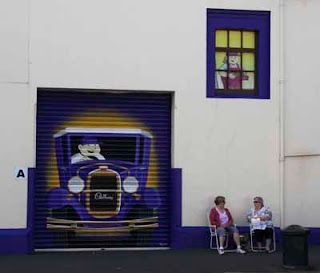 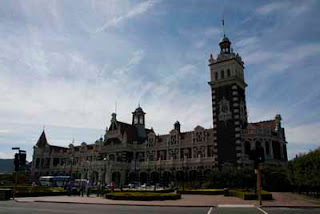 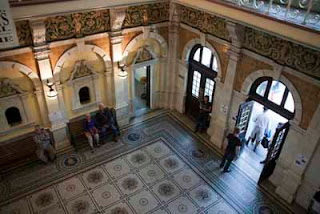 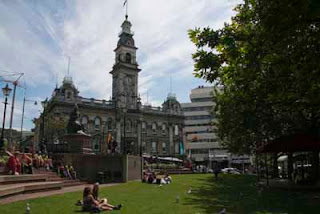 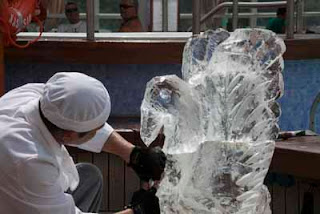 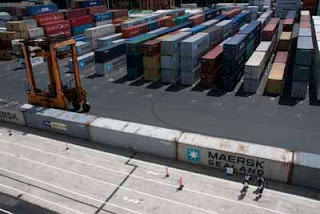 The city of Dunedin in New Zealand's deep south, was designed to look like Edinburgh by its Scottish settlers after its founding in 1848. From its name (which is Gaelic for Edinburgh), to its street names which are direct copies of Edinburgh streets, to its statue of Robert Burns in the middle of town, to the bagpipe players busking in the centre of town – everything was reminiscent of Scotland...... apart from the weather. It was gloriously sunny rather than the usual rain and cloud that frequently hang around here.

We set about exploring the city's chief architectural feature – its collection of solid Neo-Gothic buildings, all constructed during the time that the city was feeling very flush on the back of a Gold Rush in the 1860s. So, we visited various Gothic stone churches, cathedrals and civic buildings that all wouldn't have looked out of place back in Glasgow or Edinburgh, while the architectural grandeur of the city's railway station reminded me of the great railway stations of India (another place in the British Empire that was booming at around the same time).

We ventured over to the rolling lawns and historic-looking buildings of the famous Otago University, which reminded us that the city is home to one of the premier educational institutions in the Southern Hemisphere. Students make up about a fifth of the city's population of 125,000, which gives Dunedin a livelier edge than you'd expect for a city of this size; although, as term hadn't started yet, the streets were a bit quieter than normal. In fact, the slightly old-fashioned air of the main shopping street in Dunedin had the most provincial, and least international feel to it, of all New Zealand's big cities.

We didn't have a long stay in the city, so we rounded off our stay with a visit to the city's art gallery. Sadly, they didn't feel the need to display their one piece of standout art – a painting by Monet – so, it wasn't the most impressive of collections on display. When asked why the Monet wasn't out, the worker we spoke to said that it had been on show in the previous exhibition, but they didn't show it all the time. For a provincial town like Dunedin, you'd have thought they'd want to show as much decent stuff as they could.

Anyway, we had a very pleasant half day exploring a place that certainly looks lovely on a fine summer's day, but which might be a little miserable on a cold winter's day.