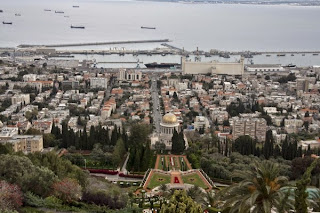 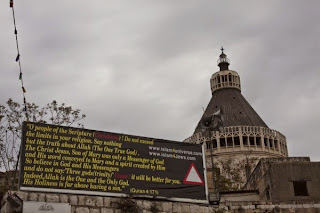 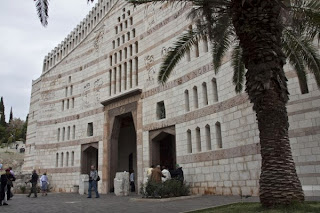 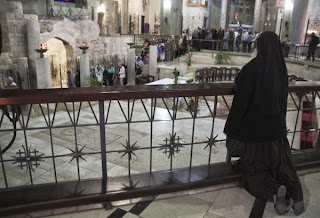 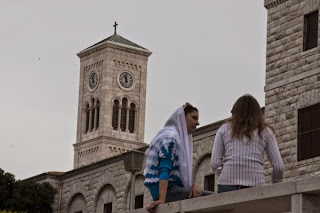 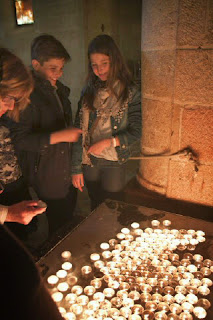 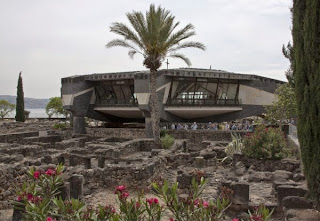 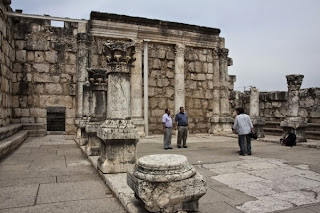 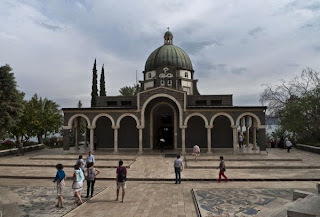 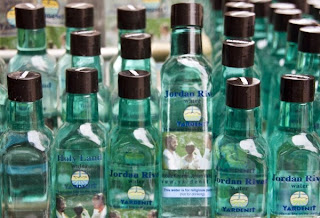 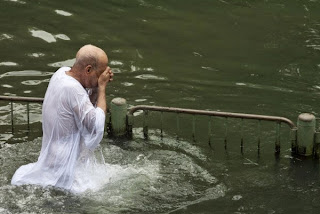 The longer you spend in Israel, the more you appreciate that it consists of layers of history piled upon layers of history. This small, but hugely significant country has witnessed so much history, and is important to so many religions, that it's no wonder that it's still the scene of so much conflict and controversy today.

From Haifa, I travelled to Nazareth and the Sea of Galilee to follow the route of Christ's ministry – it's constantly amazing to think that you're literally following in the footsteps of Jesus, the Holy Family and the Apostles, visiting the towns where he lived, seeing the same views that he saw, and being at the sites of some of his most famous miracles.

Being the first day of Passover, most of Israel's Jewish population were on holiday, so the roads were quiet; although things got significantly livelier by the time that we'd reached the largely Arab town of Nazareth. We were visiting the Church of the Annunciation, built over the spot where the Angel Gabriel appeared to the Virgin Mary to tell her what was going to happen to her. An imposing modern church, has been built over a Crusader church, which was built over a Byzantine church, which was built over what was reputedly Mary's home.

This being Holy Week, the church was busy with Christian tourists/pilgrims, many of whom seemed more than happy to use their elbows to push past anyone slower than them or was in the way of their photo lens. Sadly, this pushy atmosphere was enough to prompt some rather un-Christian thoughts in your head as the 7th person in a row trod on your foot, or brazenly jumped the queue in front of you. Nevertheless, the church itself was very impressive, and in the odd quiet moment, a little of the site's holiness was able to penetrate the tourist hubbub.

After a quick visit to a church over the spot of Joseph's carpentry workshop, we drove past Cana (a good place to hold a wedding reception I'm told), to go down to the River Jordan to have a paddle in its holy waters. To be honest, this is a pretty commercialised spot (that's a couple of kilometres from the place where John the Baptist actually baptised Jesus); but, the religious devotion of the people dunking themselves into the waters was real enough.

We then went to the ruins of Capernaum on the shores of the Sea of Galilee, where Jesus started his ministry and began to recruit the Apostles from the ranks of the town's fishermen. It was interesting to see an old synagogue, and the octagonal remains of what's believed to be one of the earliest churches in the Holy Land, built of the site of St Peter's house.

It was at our final stop that I felt a holy presence most strongly – at the Church of the Beatitudes, where Jesus delivered the Sermon on the Mount. Maybe it was the peaceful bucolic setting, overlooking the Sea of Galilee, with birds tweeting in the trees, and the green countryside springing with wild flowers, but this was the first place today, where phrases like "Blessed are the Peacemakers", really found a resonance. When you're in a beautiful spot like this, you can see why this was the Promised Land for the Jews, the Holy Land for the Christians, and treasured territory for the Muslims. One day, you pray that the Peacemakers can find a way to accommodate all these interests.

As a postscript, when we got back to Haifa, we had time to have a quick catch up with our friends from Tel Aviv, Katie and Aner, who took us out to enjoy some of Haifa's cosmopolitan atmosphere at night. Haifa is considered to be the most tolerant and harmonious city in Israel, so we were able to visit that cultural highlight - a British pub (my first pub for 4 months!). As we chatted, it was good to know that daily life here isn't dominated by the Palestinian question, or the ongoing political wrangling – as in pretty much any country, people here are bothered about house prices, cost of childcare, promotion prospects, holidays etc. The fact that life goes on as normal, is Israel's best hope for the future – all anyone wants (on both sides) is to be happy and their family safe. May the Peacemakers be blessed!