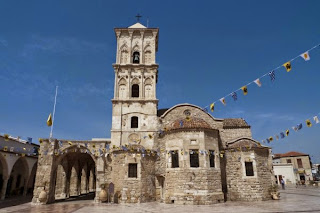 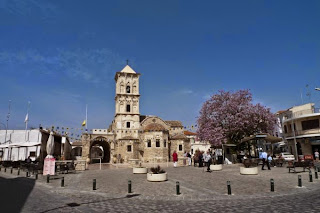 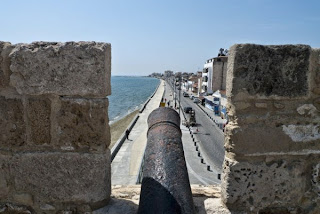 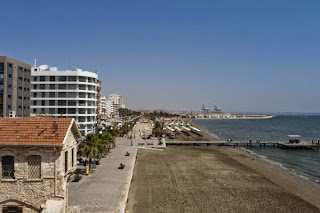 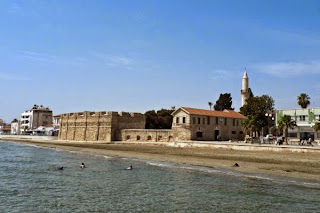 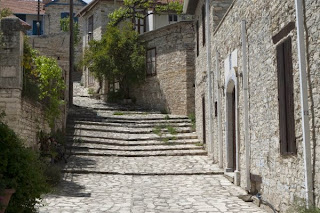 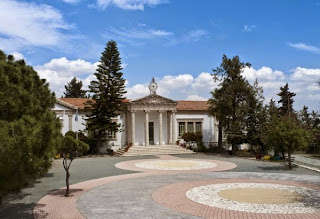 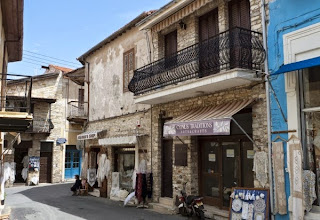 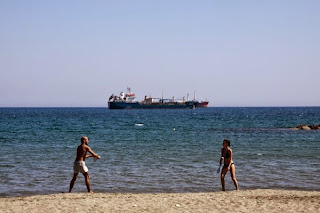 After two long days touring around Israel and its highly-charged sights, it was a welcome relief to get to the relaxed holiday island of Cyprus, to enjoy its laid-back attractions. That's not to say that Cyprus is without its tensions – within a minute of us getting on the coach, our Greek Cypriot guide was telling us how he'd been born in Famagusta (in what's now Northern Cyprus), and that his family had been thrown out of their home when the Turks invaded in 1974.

However, in our day here, there weren't really any sign of those historic tensions between the Greek and Turkish communities – just a few old abandoned mosques acting as a reminder that the Turkish Ottoman Empire had governed Cyprus from the 16th century until the 19th century (when the British took over).

It's Cyprus's position in the Eastern Mediterranean that's made it such a historical, trading and strategic crossroads between East and West, which has brought it so many invaders over its history. I hadn't known that Lazarus, the man who was raised from the dead by Jesus, had ended up living in Cyprus (obviously, after he'd been re-animated!) – something I discovered when I took the ship's tour to Larnaka, north of the port. Larnaka's a pleasant enough seaside town, with a decent beach, Lazarus's church (of course), and a former Ottoman Castle overlooking the sea.

After exploring Larnaka for a while, we headed up into the green hills of the island, to the quiet lace-making village of Lefkaria. In spite of it being a village that seemed to be entirely dedicated to tourism and selling their lace to us visitors, there was a sleepy atmosphere out on its winding lanes. Seeing as I wasn't really in the market for a lace table cloth, I just wandered around soaking up the old-time Cypriot atmosphere.

After those long days, it was a relief to have a totally relaxing day here in Cyprus.