April 7th – On The Frankincense Trail in Salalah 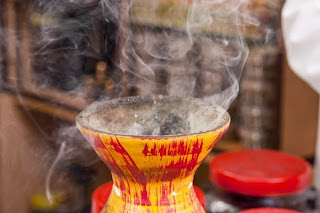 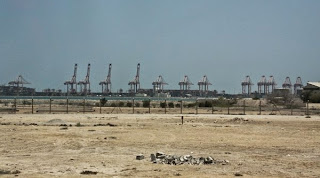 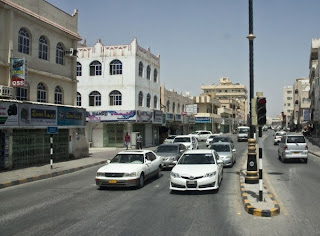 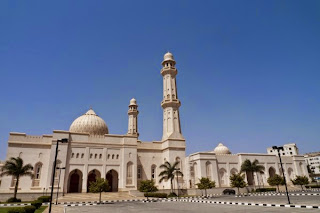 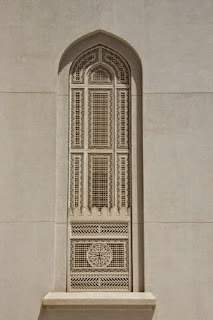 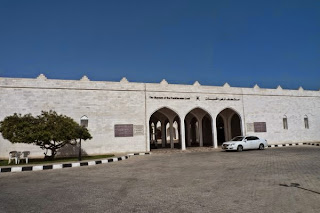 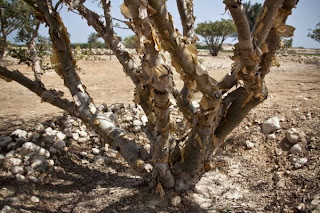 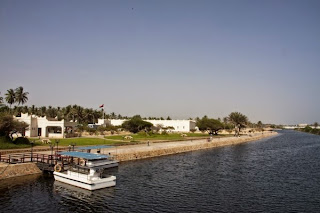 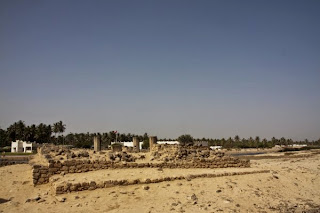 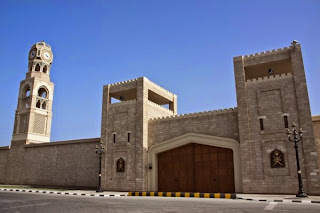 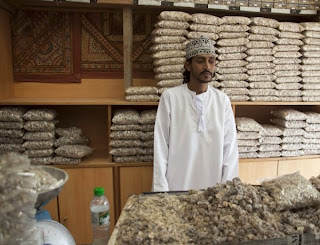 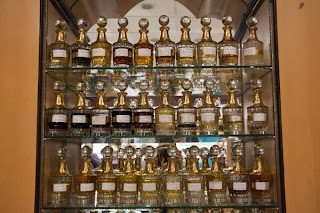 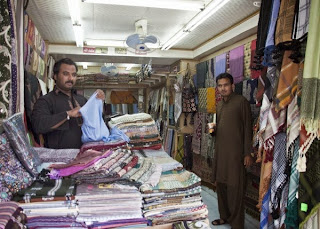 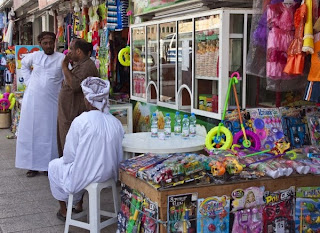 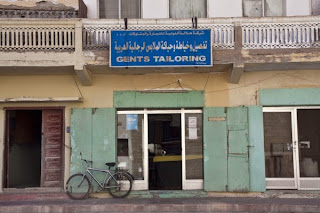 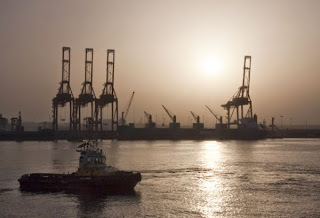 Other than rhyming with Tra-lah-lah, the southern Omani port of Salalah doesn't have a huge amount of attractions for the tourist. Its main claim to fame is that the Frankincense tree grows uniquely in this region, which meant that the was (and still is) the centre of the frankincense trade – a trade that brought enormous wealth to this part of the world from the ancient times until the Middle Ages. Sadly for Salalah, frankincense isn't worth its weight in gold any more, so the town has had to find other ways to make its cash.

So, the Omani government has invested heavily in the port here, which has became a major container terminal and refuelling point for shipping passing from the Suez Canal to the East – something that explains why a destination backed by barren desert with as few attractions as this, managed to have three cruise ships in port today. Our guide told us that Salalah's port has been developed to this extent, to allow for the closure of the vital Straits of Hormuz, through which all shipping (and much of the oil) that passes from the Persian Gulf must pass. So, if Iran (or someone else) decides to shut it down the Straits, then Salalah has developed transport links with the rest of the Gulf States to keep them connected with the outside world.

So, Salalah is now going through a bit of a growth spurt – there are plenty of building sites around town, but that does mean that there's a dusty, rather soulless feel to many parts of town. We visited the new Grand Mosque built by the Sultan, which was closed to visitors; then we went to the Al Balid Frankincense Museum – an excellent museum which details the impact of the Frankincense trade on the region.

Having learnt so much about Frankincense, it was time to go to the place where you can buy the stuff – Salalah's souk. The souk is a lot less slick than Muscat's, and the people a bit less friendly; however, the atmosphere was thick with aromatic smoke from the omnipresent incense burners, and there was frankincense galore on sale. As we wandered around looking to pick some incense up, I suddenly came to the conclusion that I really didn't actually need any – what am I going to do with incense once I get home?

So, instead we resisted the souk's pungent charms, and wandered down to Salalah's beautiful white sand beach. The beach was totally deserted – if it had been in Europe or the Americas, it would have been busy with swimmers and sun-worshippers. This place has those vital tourist ingredients of sun, sea and sand (in abundance), but I don't think it's going to become a tourist centre just yet.