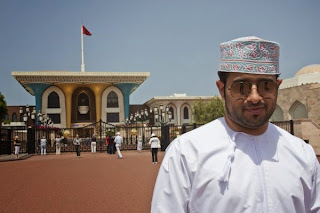 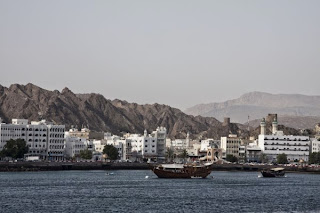 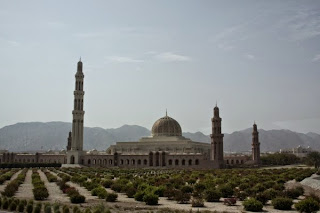 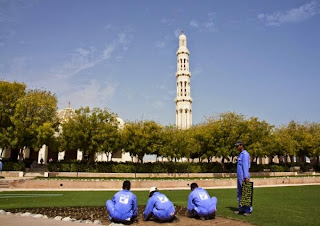 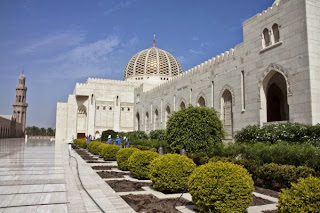 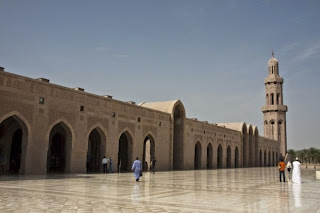 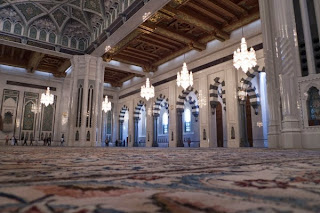 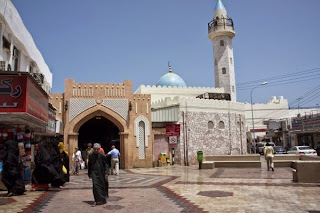 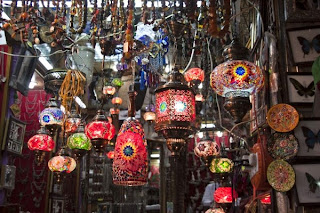 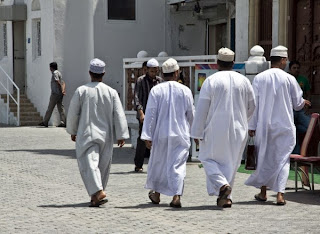 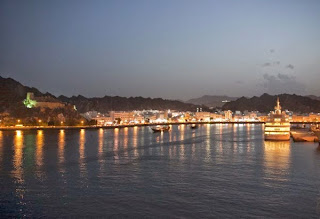 Even though I may have thought that Mumbai has got marginally cleaner, it just can't compare to the spotless streets of Oman's super-sanitised capital, Muscat. On a quiet Saturday morning, the empty roads, manicured lawns, and the bright white dress of the locals, were a huge contrast to what we'd left behind in India.

We first went to Muscat's huge Grand Mosque – the second largest mosque in the world outside of Saudi Arabia. The scale of the building is the thing that impresses – depending on who you believe, it boasts the largest (or second largest) carpet in the world, while the massive 8-ton Swarovski crystal chandelier in the centre, glitters brilliantly like New York at Christmas.

We then paid a visit to the souk – a much less raucous affair than most Arab souks. Sadly, we weren't in the market for gold, frankincense and myrrh, nor Omani daggers, pashminas, dishdashas, jelibayahs, so we didn't inject any cash into the local economy (which appears to be doing pretty well without us).

After a brief visit to a museum, our tour ended by visiting the Palace of Oman's popular ruler, Sultan Qaboos. You can't go inside, but from the outside, his Palace seems almost like it's from the set of a science fiction movie – the fact that you don't see anyone other than us few tourists in the whole complex, gave it quite an unreal atmosphere.

As ever, Muscat was clean and efficient, while its people were polite and friendly – one of the easiest places in the Arab world to visit.