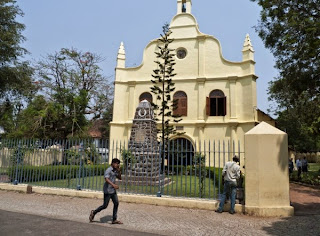 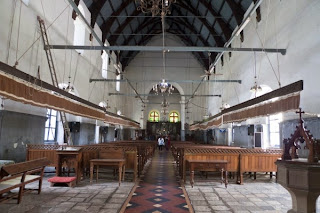 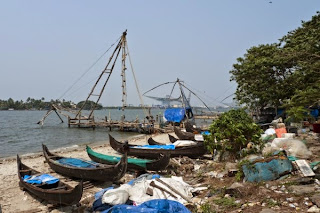 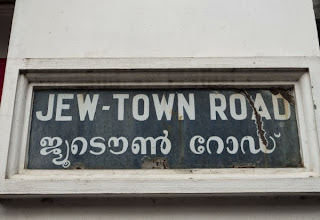 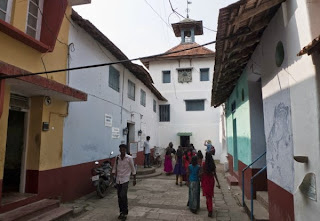 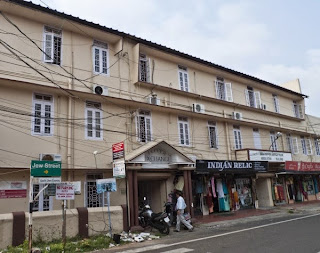 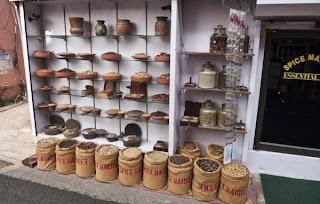 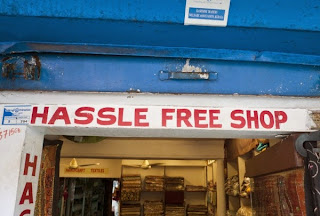 We didn't have long to explore Cochin today, so I joined a tour that would give us a quick fix of this beguiling city's cosmopolitan mix of cultures. There can't be many places in the world that have had as many influences from East and West as Cochin – just in its religious buildings, you see so many faiths represented. We passed exuberant Catholic churches (a legacy of the Portuguese influence), colourful Hindu temples, restrained Muslim mosques, and visited a synagogue and an Anglican church.

Our first stop summed up this blend of religions and influences – we visited the 500 year old St Francis Church, which claims to be the oldest church in India. The church was originally built by the Portuguese (it was the place where the great explorer, Vasco da Gama, was first buried), it was taken over by the Dutch who followed them, remodelling it into a gabled Dutch Reform Church, before the British finally took it over and turned the interior into a fairly typical Anglican Church with the Lord's Prayer and 10 Commandments posted behind the altar.

From here we went down to Fort Cochin's most iconic sight, the famous Chinese Fishing Nets. Unfortunately, it was low tide, so they weren't operating, but seeing as they're a highly inefficient (if incredibly evocative) form of fishing, I don't think that the fish salesmen were too worried.

Next, we drove over to Mattancherry, where we had a tour round the so-called Dutch Palace, which was actually built by the Portuguese for the local ruling maharaja, and then adapted for him by the Dutch. It was incredibly hot and stuffy in there, but the quality of the murals was excellent.

Then, we went to perhaps Cochin's most curious historical relic, its 400-year-old Jewish synagogue, the centre of a once-flourishing, but now rapidly diminishing Jewish community. Inside, it's a beautiful building, with its blue and white tiles and impressive chandeliers, but you're going to have to take my word for it, because (like the Palace) you're not allowed to take pictures inside.

Finally, we explored Jew Town, and visited the shops selling the commodity that attracted all these people from around the world in the first place – spices. We were taken to a shop called "Spice Market", whose proud boast was that Prince Charles and Camilla had visited a couple of years ago. So, seeing as it was good enough for them, it was good enough for me, so I bought some spices for curry-cooking in the campervan this summer.

Sadly, our time was running out all too quickly, so we had to come back to the ship. This is the kind of relaxing place where you could spend 5 days, not 5 hours.