April 2nd - The Temples of Mumbai 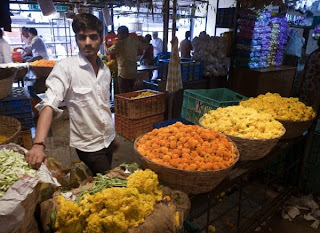 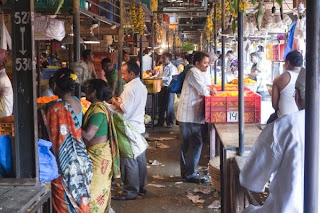 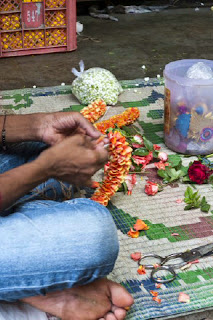 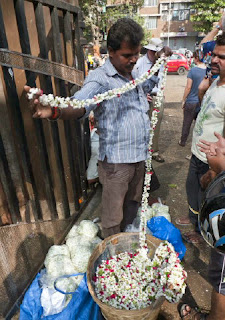 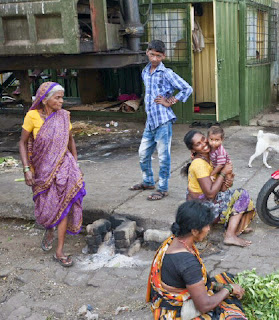 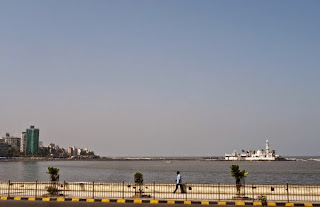 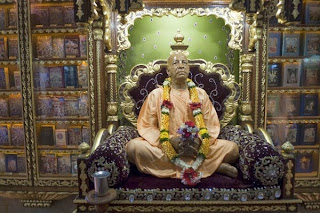 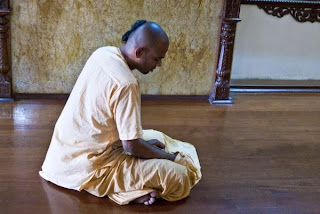 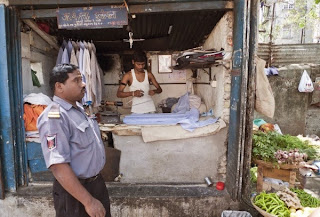 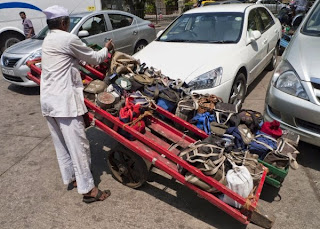 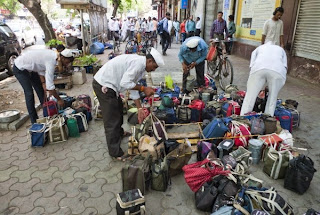 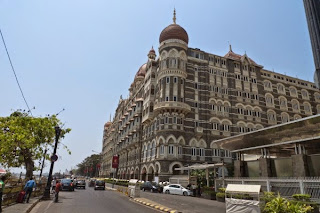 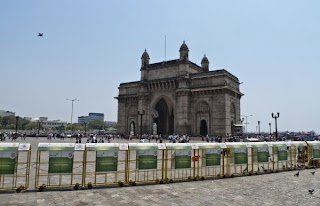 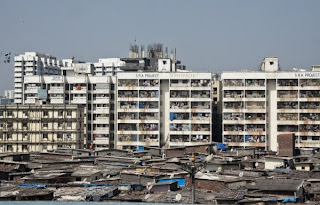 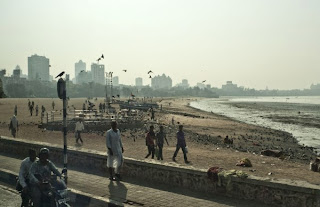 Is it just me, or has Mumbai got a bit cleaner? All things are relative of course, and Mumbai was coming from a fairly filthy base, but to me, this chaotic, breathless, teeming city seems a little bit cleaner and less frenetic.

Having said that, the city is in the middle of a bus strike, so by mid-day, the streets were even more gridlocked than normal. However, in the early morning, we zoomed down the streets without too much problem, heading away from the city centre to one of the city's incredibly colourful flower markets. Here, in a busily chaotic but friendly atmosphere, there were baskets full to the brim with bright marigolds, roses and other flowers, which were being sold off to the garland makers, who in turn sell them to the worshippers at the Hindu temples – even I couldn't take a bad picture of this one!

We then drove through the Worli district, which was formerly home to Mumbai's massive cotton mills, which all closed down en-masse in the 1980s after a disastrous strike. This used to be a run-down, depressed part of town, but now that Mumbai is on the rise economically, it's become prime real estate, home to rows of muscular skyscrapers and countless building sites. In a couple of years, this could easily look like the business districts of Bangkok or Shanghai.

We then went to one of the city's most popular Hindu temples - the Shri Siddhivinayak Temple (where you're not allowed to take in cameras due to the extensive security measures here). We joined the masses of worshippers queuing up to get our garlands blessed, and then it was all over – for somewhere that people are willing to queue 3 hours to get in at peak times, I was expecting a little bit more inside, but I guess that it's the religious power of the place that's the attraction, rather than the architecture of statuary.

We then headed to Mumbai's main Hare Krishna Temple, which had a really relaxed atmosphere, where the worshippers were all happily chanting away to themselves – it was interesting to see that most of them were just ordinary people, rather than the shaven-headed orange-wearing devotees that I'd expected to see.

Finally, we drove back through the city, stopping to see the Dabba-Wallahs sorting out thousands of packed lunches at the Churchgate Station. These dabba-wallahs collect 100,000 lunches for Mumbai's workers from their wives out in the suburbs, then deliver them to each individual worker in the centre of town. It's an amazing logistical exercise that apparently rarely ever goes wrong. For me, this summed up one of Mumbai's charms – it combines things that are on a huge scale with an endearingly personal element, in a city that always seems like it's on the verge of chaos, but where somehow things always work out.

Mumbai may be getting more modern and cleaner, but it's timeless charms remain.