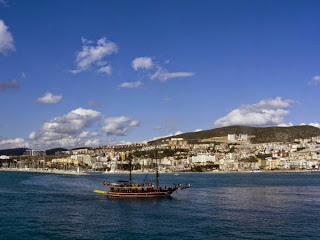 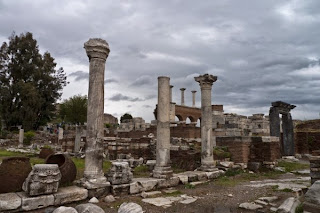 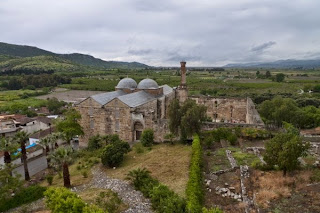 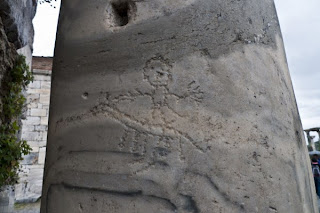 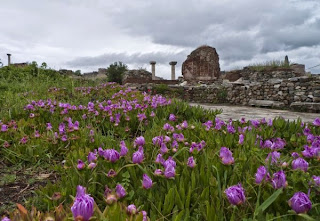 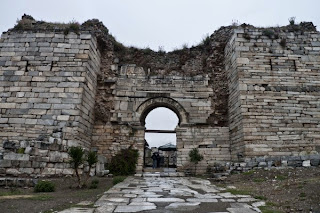 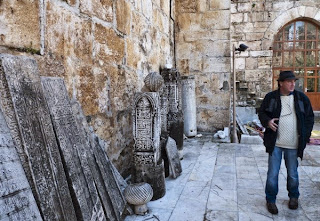 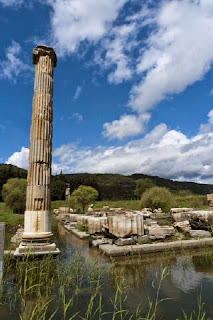 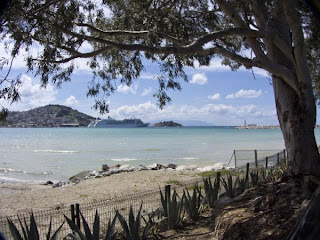 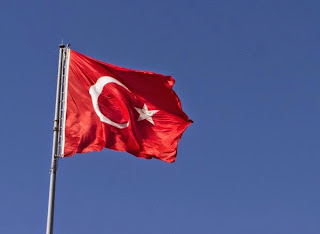 I've been to Kusadasi and Ephesus many times, but I've never had a better introduction to its history than today. Our guide today was Dr Adrian Saunders, a British academic who's an expert in Turkish history. In addition to having an enormous amount of detailed knowledge, he also had an infectious enthusiasm for his subject – highlighting things that you'd walk straight past without even noticing, and showing us the significance of rocks or engravings that really brought the past to life.

We started off at St John's Basilica, the burial place of St John the Evangelist, and once one of the most important churches in the East, until earthquakes and the terminal decline of Ephesus led to its destruction and ruination. I've visited the Basilica quite a few times before, and found it to be a bit of a dry add-on to a tour round the magnificent ruins of Ephesus; but, Adrian really showed us the building's significance in the early Christian world, and its part in the decline of Ephesus – it was fascinating.

From exploring Turkey's early Christian side, we then moved on a few centuries forward onto the new religious power that was to succeed them, the Islamic faith of the Ottomans. Because, on the plain below the Basilica, is the impressive Isabey Mosque, that was built in the late 14th century – like the Basilica, the mosque's size and splendid architecture were out of proportion with the size of the present settlement here today. Again, he made even the smallest architectural detail seem fascinating.

Our final stop was at an ancient site that I'd never even heard of before, but again gave us a wonderful insight into the area's history – to the ruins at Claros, which were once home to one of the most important Oracles in the ancient world. To be honest, I had thought that the Oracle at Delphi was one of a kind, but apparently, there were quite a few oracles around, back then. The fame of Claros was enough to attract people from around the Ancient World to come to consult it, for advice on tricky decisions or situations – a delegation was even sent here from Britain.

Obviously, the little-visited ruins at Claros can't compete with those at Ephesus, but it was the story of their significance and on what went on here, that made the visit so interesting. The Christians had destroyed this pagan stronghold, which meant that much of it was just scattered ruins, but the size of the columns that have been discovered, gave us some idea of its significance and wealth – apparently, there was a lot of money to be made in fortune telling in the Ancient World.

During our tour, we'd been given some amazing insights into the enduring religious significance of this part of the world – for the pagan Romans, for the Christians who followed them, and for the Muslim Ottomans who took over. The area around Kusadasi has some amazing reminders of the past, and I've never had them brought to life so well before.