It's been a few years since I've been in Hanoi, so I wanted to see how much Vietnam's capital city has changed. But, most of all I wanted to get into the Mausoleum of the country's iconic former leader, to see Ho Chi Minh's embalmed body lying in state.

You wonder what Uncle Ho would make of modern Hanoi – he died in 1969 with the Vietnam War still raging, and Communist Hanoi under attack from the increasingly weak South. Since then, the North won the war and the country united to become a fully fledged communist state. Then, since the 1990s, the country has slowly embraced capitalism, and Ho Chi Minh City (former Saigon) in the South has exploded with private enterprise, skyscrapers and free market dynamism.

During this time, less-flexible, low-rise Hanoi looked on jealously as Saigon became the country's economic driving force. And then, in the last decade it's been a case of "if you can't beat them, join them", as Hanoi has similarly exploded with capitalist zeal. The city has doubled in size (up to about 7 million inhabitants), its bicycle-dominated streets have been taken over by motorbikes, and rows of new skyscrapers and sparkling new shopping malls now dot its outskirts.

But, in spite of an increasingly hectic atmosphere, Hanoi has resisted becoming just a mini-version of Saigon – it's retained much more of its elegant French-era colonial architecture, it has more of a sense of space (particularly around its many beautiful lakes), and its tightly-packed Old Quarter retains much of its unstructured medieval roots.

So, after a long and bumpy 3 and ¾ hour drive from Halong Bay to get there, I was let loose for four hours, to try to cram in as much of Hanoi as I possibly could. My main mission was to see Uncle Ho's body, so I slurped down some delicious pho (noodle soup), and caught a cab over to his mausoleum.

You're not allowed to take bags and cameras in with you (you're not even allowed to put your hands in your pockets while you're in his deathly presence), so I was looking for signposts leading me to the cloakrooms. In fact, there weren't any signs of any type pointing me to Ho's final resting place, so I resorted to asking the gun-toting soldiers on guard where I needed to go. The first 5 of them couldn't (or wouldn't) speak English, but finally I found a more friendly guard who told me that I'd timed it wrong and the mausoleum was shut for the day – how inconvenient!

Trying not to let this setback ruin my day, I headed to the next best thing, Ho Chi Minh's former home in the grounds of the Presidential Palace. The contrast between the simplicity of Ho's basic stilt house, compared to the belle epoch grandiosity of the Palace (it used to be the Residence of the French Governor) was quite telling. It made you think that Ho probably wouldn't like his current residence either – the pompously austere Soviet-style mausoleum constructed for him by the Communist Party.

So, I didn't get to meet Ho Chi Minh after all, but I think that he'd quite like the city he lives in. He was a committed Communist, so perhaps he wouldn't approve of some of the excesses of capitalist enterprise here. But, he was also an arch pragmatist who firmly believed in the strength Vietnamese people – surely he'd approve of the vibrant city that Hanoi has become, a place where living standards have improved massively.

If I were going to spend the rest of my existence in one place (even if I were just embalmed), I wouldn't mind spending it in Hanoi! 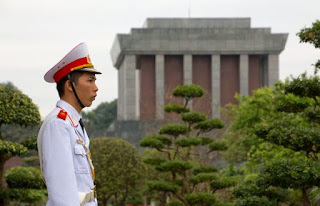 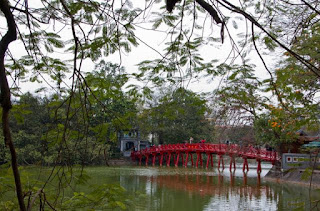 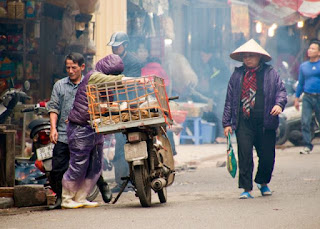 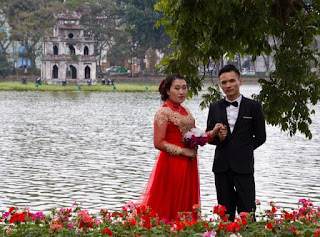 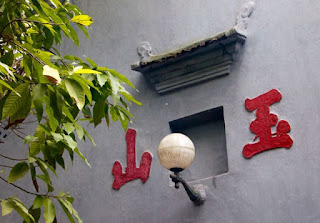 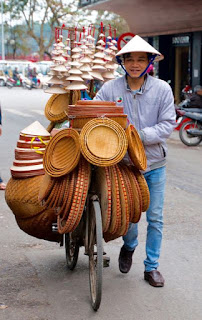 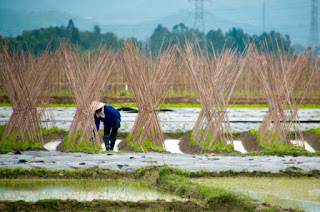