Bangkok is a city that shows us all the good (and many of the bad) aspects of South East Asia's incredible economic growth and the development of so many mega-cities in this region. In fact, Bangkok is probably the most extreme example of the lot.

Just sailing in, you're greeted by a towering skyline of super-size skyscrapers and you see the succession of massive bridges over the river that show you the billions invested into the infrastructure here. Then, the drive into the centre of town from the port, shows you just how congested and overcrowded the city has become – the more roads that are built, the more cars there are to fill them, and the worse the gridlock becomes.

On our first day, we wanted to leave all the trappings of modern Bangkok behind – to forget the traffic and the glossy shopping malls, and get back to the heart of old Bangkok. That meant visiting a temple or two, exploring its chaotic markets (on foot), and soaking up some traditional Thai culture.

Our first stop was a visit to the excellent National Museum, which showed us how Thai art and religion are inextricably linked, with a fusion of exotic Hindu and Buddhist influences acting upon them. Then, as the mercury hit 100 degrees Fahrenheit, we trudged past the royal palace (which seemed to be drowning under the weight of foreign tourists), and headed down to Chinatown to explore its frenetic markets.

The heat and humidity were totally energy-sapping, but the amount of industrious vigour generated by this heaving market just swept you along. I'm sure that there were loads of bargains to be had (if only we needed any of this stuff), but there did seem to be a huge amount of rubbish on sale here.

That evening, we found a great new restaurant on the edge of Patpong, called Supanniga, which was full of locals. It had a trendy, slightly upscale feel to it, but with very affordable prices. Having some good Thai food is always my personal highlight of any visit to Thailand.

The next day, we decided to sample some of Bangkok's ever-growing consumerist vibe, by visiting a few of the malls and markets where the Shuttle Bus drops you off. If you wanted high-end western goods, you needed look no further than the massive Central World Plaza. But, we headed to the Platinum Mall (ignoring its proud boast that it features in "Bangkok's Top Ten Attractions for Chinese Tourists"), where there was stall after stall of original designs and brands we'd never heard of. The fact that most of the clothes were made from nylon, most of the dresses were super short, and all the stalls had signs up saying "No Try On, No Refund, No Exchange", meant that we kept our Thai Bahts to ourselves.

From there, we went (quite literally) further downmarket to a busy clothes market across the road. This place really took the phrase "cheap and nasty" to new levels – stalls piled high with bad knock-offs and dubious fashions.

Over the Iast couple of days, I got the impression that there are enough clothes in Bangkok's malls and markets to clothe the entire population of the planet. In fact, the levels of consumerism started to get a bit too much. You wonder who really needs these throwaway fashions? How little can people be paid to manufacture stuff as cheap as this? It began to feel like the world has gone slightly mad.

Next year, I'm going to stick to the timeless classics that Thailand still does best – serene temples, proper craftsmanship, and fantastic food. 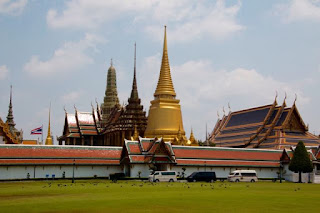 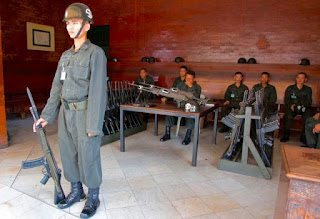 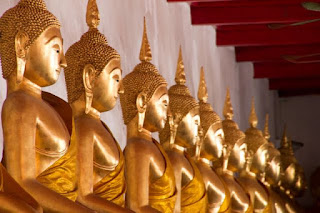 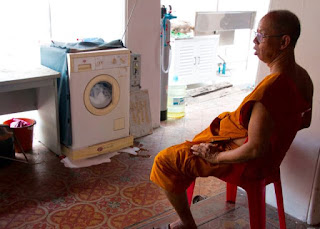 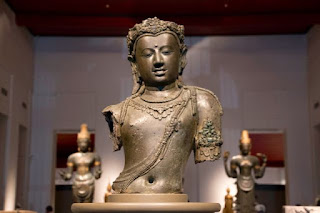 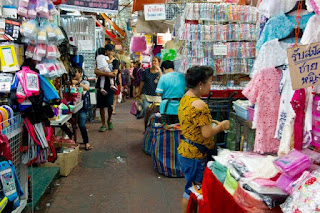 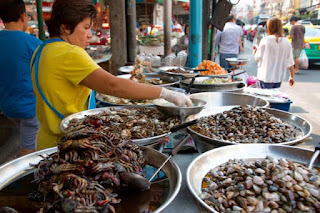