Singapore is world famous for its legendary money-making abilities, and whilst it has developed lots of mainstream tourist attractions in the last couple of decades (like the zoo, the Singapore Flyer – its version of the London Eye, and plenty of flashy casinos), it's been generally acknowledged that (up to now) the city state is not exactly a cultural centre for the arts.

However, this is a country with a plan, so if they see that they have something missing in the city's offering, like a world class art gallery, then they're perfectly prepared to spend the money to create it – it helps when you have the 4th highest GDP per capita in the world.

So, to fill in this gaping hole in the city's art scene, they took two of Singapore's most iconic colonial buildings – the former City Hall and the Supreme Court, overlooking the Padang – and spent S$400 million (£250 million) on converting them into a spectacular new National Gallery. Most of the money was spent on the fabric of the buildings themselves, so they didn't go for any grandstanding purchases of Old European masters, instead they concentrated on Singaporean art, and South East Asian art – much of it modern (by definition, in a young country that's only 50 years old).

For me, the architecture was as interesting as the art it contained, so we went on a tour of the building itself, seeing the innovative solutions they used to convert these 1930s buildings into gallery space. The views from the balcony on the top floor were particularly impressive – looking across the forest of skyscrapers that is the CBD, and across to the amazing modern architecture that surrounds Marina Bay.

That evening, we had another perspective of the Padang, from the terrace of the colonial institution that is the Singapore Cricket Club, where we'd been invited for a wonderful party of fine wine and a mountain of fantastic local food. With a cuisine that boasts the best of Chinese, Indian and Malay food, as you would expect, it was delicious.

On our second and final day, we visited a Traditional Chinese Medicine practitioner who pummelled us to within an inch of our lives – if there is any truth in the phrase, "no pain no gain", he must have done us a world of good. After that, we were in a daze for the rest of a day, which combined with the extreme heat, meant that we probably didn't get the most out of our exploration of the Chinatown district.

So, over the last couple of days, we experienced some of the things that Singapore does best – food, traditional Chinese practices, and increasingly these days, a bit of culture. 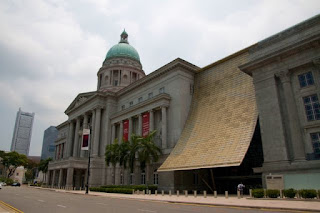 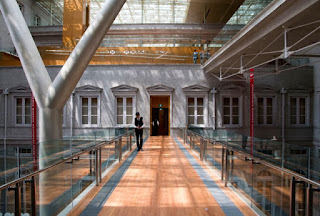 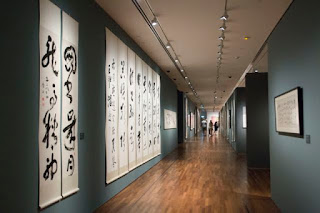 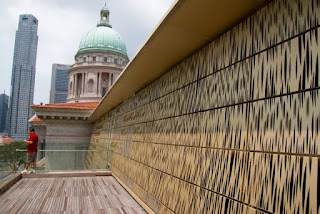 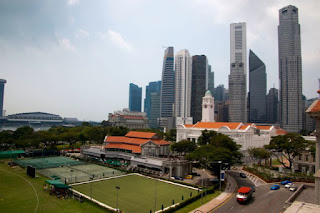 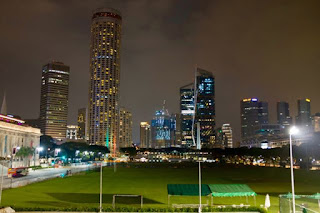 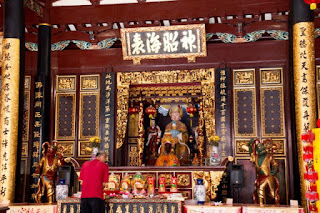 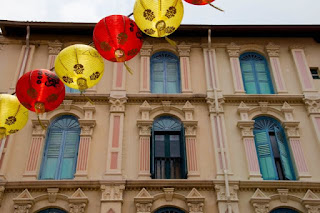 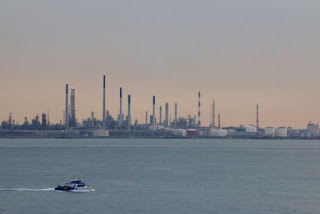