With every visit I make here, Ho Chi Minh City (Saigon) has never failed to surprise me. Each time I get here, the skyline gets higher, the city gets more developed, and the traffic gets (ever so slightly) more organised. In most places, you'd expect all that change to mean that the city loses a bit of charm in the process, as it gets homogenised into becoming yet another "world city".

But, that hasn't happened yet to Saigon. It's true that new malls are opening up with all the familiar western brands, but the city's teeming markets are as busy, chaotic, and rammed full with souvenirs and knock-offs as they ever were. There's so many more restaurants and bars here than there used to be, but it seems that greater choice has raised the standards, without raising the prices too high.

There's plenty of cultural things to do here, but given that time was short (we arrived at 1.30pm and left at 1.00pm the next day), we restricted our activities to 3 things that Saigon does best – shopping, eating, and pampering. So, we got some bargains at Saigon Square and the Ben Thanh market – given the cheap prices, we're not expecting our "designer" goods to last long.

Next, we headed up to the Chill Bar, a trendy roof top bar where we witnessed the city lit up beautifully. Tracy and I were the youngest of our group, but even we were still a lot older than the other clientele. Particularly amusing was the reaction of 3 dressed up young western girls as the lift doors opened and they were greeted by our "more mature"/OAP group – they must have thought they'd come to the wrong place!

We then had a wonderful meal at our old favourite, Quan An Ngon – we ordered a mountain of delicious food, and it came out at little more than $10 a head. Amazing value.

The next morning, Tracy got her hair cut, while I had a massage. Tracy always worries that something will get lost in translation and she'll have a hair disaster; while, I always worry that the masseuse will start to try some funny business. Fortunately, we'd chosen well, and the haircut was good, and reassuringly there were no added extras attempted at the end of my massage.

Walking out onto the streets in a post-massage haze, the relentless Monday morning traffic does take you aback a little, although it was reassuring to see that the much quieter traffic of the previous day was just down to it being a Sunday. If ever Saigon loses its crazy traffic, then the world will have turned upside down!

So, there's a lot of change around the city. But, what is a Saigon constant, is the sheer energy of the city – not many other cities around the world can rival it for its vibrancy and exuberance. I love Saigon! 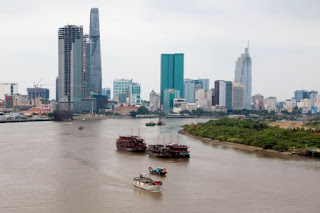 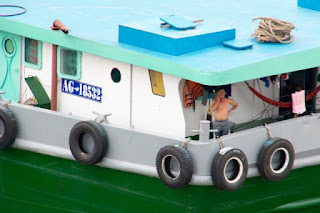 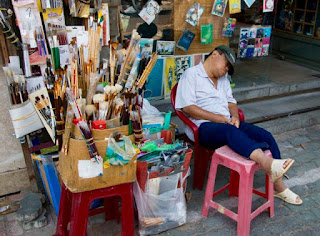 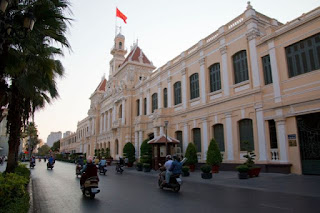 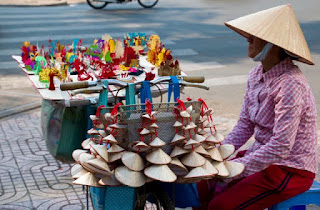 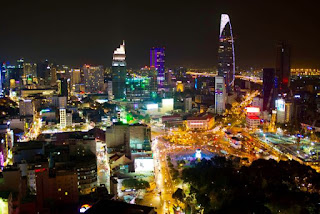