March 2nd – In Search of the Proboscis Monkey in Sandakan

Last time I was in Sandakan, I went to a Proboscis Monkey sanctuary near Sandakan, where I got plenty of up-close views of this bizarre looking creature. My mission today, was to venture into the wetlands of the Kinabatangam River to see him in the wild.

There's something compelling about the Proboscis Monkey – he looks like he's been put together by an identikit of the ugliest features of the primate world. He has a big pot belly, the males have a bulbously drooping nose, he has a permanent erection but with an appendage that seems way too small for a creature of his size, and he has an almost permanently grumpy demeanour – I love them!

Sadly, the natural habitat of these incredible creatures is being destroyed at an alarming rate, as the rainforests of Borneo are being voraciously logged and then turned into palm nut plantations. But, one place that is protected by nature, is along the banks of the river, because the frequent flooding means that it's not viable for palm plantations. So, we were travelling past lush natural vegetation that had survived without too much interference from man. You did wonder though, how far the forest actually went back from the banks, before the plantations took over.

This did mean that the wildlife tended to be quite concentrated along the river banks, so we got more monkey sightings than I'd imagined we would. Fortunately, the proboscis monkey's orange fur stands out from the foliage, so it wasn't too difficult to spot the family groups crashing about in the trees, although they did tend to scarper once they caught sight of us. Perhaps the most impressive thing about them was the prodigious distances that they'd leap from branch-to-branch and tree-to-tree – launching themselves across the foliage and smashing headlong inelegantly into the next tree, seemingly without any care as to whether it could bear their weight.

Unfortunately, it wasn't exactly good conditions for taking photos – they moved too quickly and were at such a distance that I kept on losing them in my viewfinder when I zoomed in. Out of a couple of hundred photos, only about 5 were any good, so you'll have a few examples of the close-ups that Tracy took on her visit to the sanctuary. Strangely enough for such an ugly creature, the proboscis monkey is incredibly photogenic – it's impossible not to give human characteristics to an animal that always has such a grumpy and perplexed look on his face. The fact that the ones in the sanctuary seemed determined to use their permanent state of readiness for lovemaking whenever it was at all possible, was seen as quite inspirational to some passengers.

Our atmospheric trip along the river gave us a glimpse into how Borneo used to look, before man came along and ruined it. You wonder how long its amazing wildlife have left to enjoy the little of their habitat that's survived. 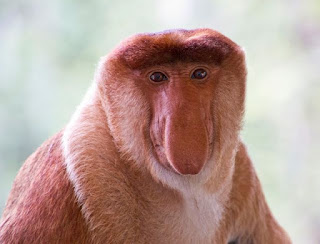 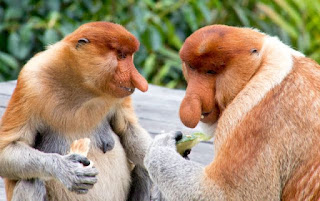 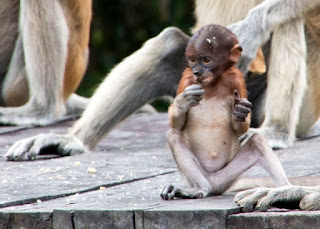 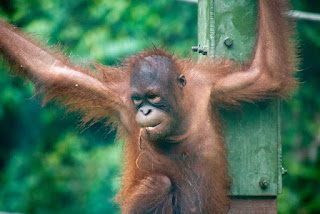 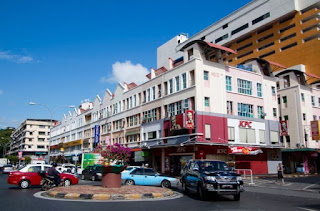 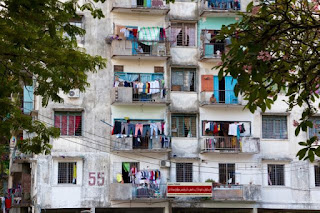 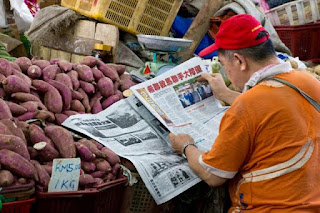 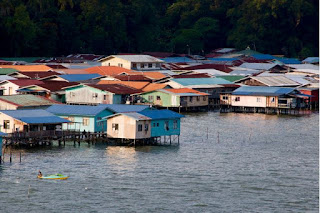