What do you do if you only have 4 and a half hours on the beautiful Thai island of Phuket? Of course, the island is most famous for its beaches and resorts, but there isn't really much time for relaxing on a half-day visit like this – especially when the taxi drivers here hold you to ransom, and make it an expensive trial to even get out of the port on your own.
So, most people joined the ship's tours – either on a boat trip to the beautiful landscapes and seascapes of Phang Nga Bay, or on an elephant ride, or, like me, on a panoramic trip around the island, to see a few of its highlights.
First stop, was to visit "The Big Buddha", a huge, gleaming white statue that certainly lives up to its name (by virtue of being both "Big" and a "Buddha"). The Buddha only began to be constructed in 2003, and while the main statue is complete, the rest of the complex is a big building site. To me, although this is obviously a religiously-based site, the whole thing appears to have been constructed to give us tourists something "cultural" to see (other than beach culture). Everyone there seemed to be foreign tourists, and there didn't appear to be any local worshippers there.
Then we headed to Phuket Town, which I think is the most interesting and most genuine place on the island to visit. This place has retained at least some of its original Thai/Chinese character (over one-third of the island's population are ethnic Chinese), and it's not yet been given totally over to the tourist trade.
We walked down its main streets, lined with the same kind of historic shophouses that mark the centre of Penang and Singapore (it's traditional trading partners on the Straits of Malacca). We visited an atmospheric Chinese temple – built for the locals to worship at, rather than for the sun-worshippers to gawp at, and we attempted to cool off in a local cafe.
But, sadly, that's about as much as you can see in a blisteringly hot morning on Phuket – a tantalising glimpse of an island that seems to be struggling with the balance between tourism and real life. 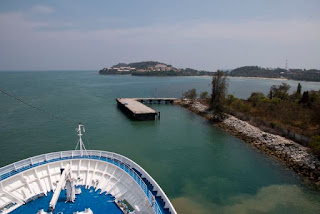 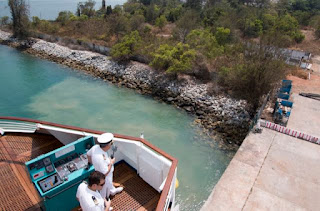 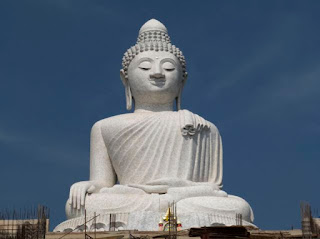 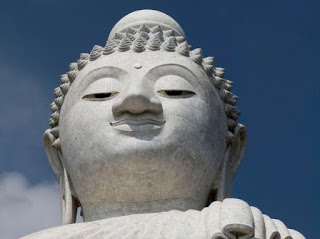 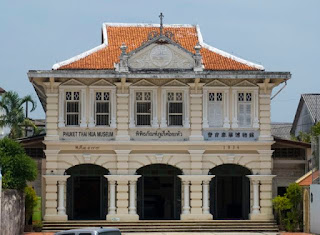