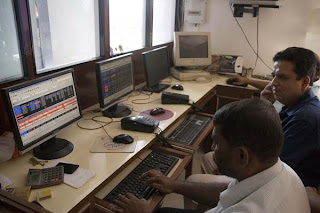 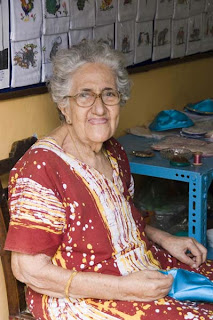 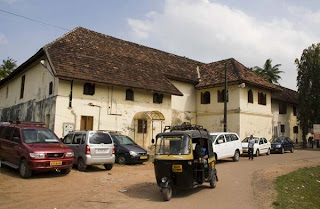 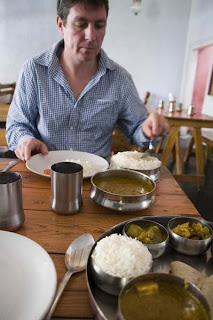 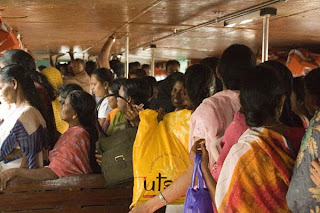 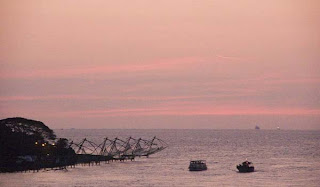 When we went to catch the ferry to Mattancherry, even the tuk tuk drivers couldn't be bothered to repeat their lines about the ferry not working today or the shops we were headed to being shut for the day – we must now look like hardened India travelers. Instead, we chatted to them about cricket as we waited for the ferry – they told us that tourist numbers are down quite heavily this year (I don't think that this was a sob story).

When we got across, we peaked into the International Pepper Exchange – disappointingly the dealing rooms are calm affairs carried out on computers, rather than a sweaty mass of people shouting at each other. I guess that's progress.
Then we visited the beautiful old 16th century synagogue, its floor covered with hand-painted blue tiles imported from China in the 18th century. Once it was the centre of a vibrant Jewish community, now it's an almost obsolete relic of one of the most exotic journeys of the Jewish Diaspora.

Next we went to the "Dutch Palace", the former palace of the local Rajahs, built by the Portuguese as a bribe for trading rights, and then renovated and embellished by the Dutch who superseded them. It made for an interesting mix of styles between East and West, and summed up Cochin's cosmopolitan roots.

We were now getting worn down by the oppressive heat, so the only way to revive ourselves was to have a curry, and so we headed for a recommended restaurant, to try all our favourite dishes that we eat in the curry houses of England and see how they tasted in their genuine environment – delicious as it turned out (not too surprisingly).

From here, we wandered through Fort Cochin again, and caught the ferry across the harbour over to the mainland, where we suddenly realised that time was now running a bit tight, so we got the ferry back to Willingdon Island again, to enjoy some air conditioning back onboard.