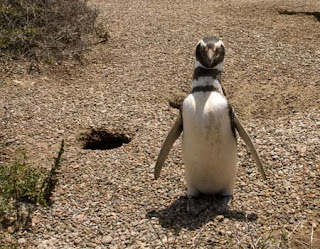 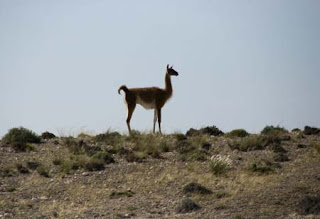 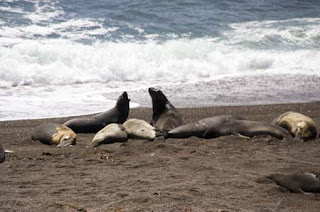 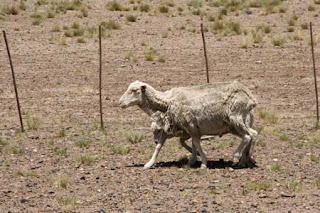 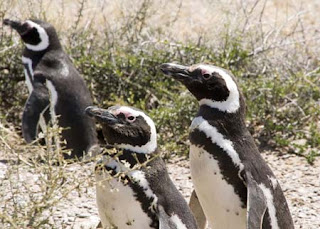 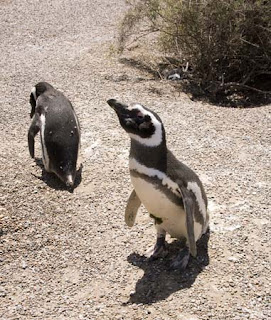 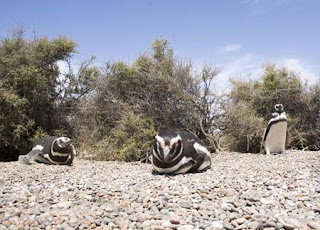 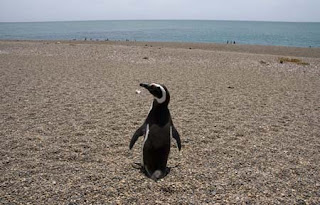 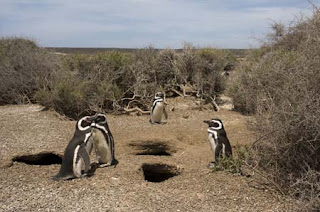 So, we've now started our journey south and headed back to Argentina, to go to the wild wastes of Patagonia and the port of Puerto Madryn. This is a land of open windswept steppes, sheep farms, penguins and Welsh settlements. In fact, it was the Welsh who settled this land back in the late 19th century, and Welsh traditions still live on, thousands of miles away from the valleys of Wales.

My trip took me to the unspoilt Valdes Peninsula, a place so special for its marine wildlife that it's a protected UNESCO Biosphere reserve. This is the only place in continental South America that enormous elephant seals come to mate – although, it must be said that there wasn't much activity of any sort going on amongst the ones we saw on the beach below us. We couldn't get that close (you don't want to get one of these 3 ton behemoths annoyed), but their life mainly consisted of lying motionless in the sun, occasionally jostling one of their super-size colleagues out of the way to get a better position. You see about as much activity amongst a group of hungover Brits sleeping off the booze on the beaches of Ibiza.

But, whilst we didn't get many action shots of the elephant seals, the enormous colony of Magellanic penguins that we visited didn't disappoint. There were so many of them waddling around, that you were literally almost tripping over them. They didn't seem bothered by our presence in the slightest, staggering around in front of us like a bunch of half-cut arthritic old men at a black tie function.

We saw the parents in their burrows hollowed out underneath the bushes incubating their eggs or lying on their fluffy little chicks; while others were wandering about aimlessly, occasionally grooming each other, or comically tripping over onto their fat stomachs and bouncing back up again pretending that no-one had seen their tumble. We saw the whole circle of life on display - a few chicks shyly making their first steps outside their burrows, a few of the grown-ups displaying the bloody wounds of their territorial battles, and a few dead bodies being picked clean by the scavenging sea birds. This is survival of the fittest, but the sheer numbers of the penguins shows you that this is a very healthy colony.

At times it seemed like the inquisitive penguins were almost as keen on watching us, as we were on watching them. Just being so close to these wonderful creatures was a real highlight of the cruise – you could watch them all day. Hopefully there should be plenty more to see in the Falklands – if the weather stays calm.