Nov 27th – The Boy and Girl From Ipanema 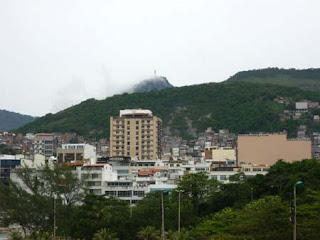 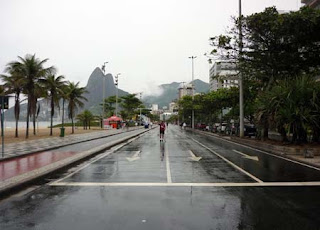 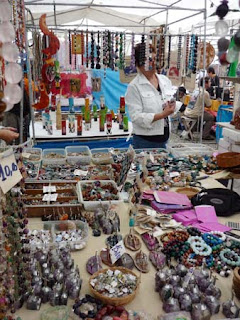 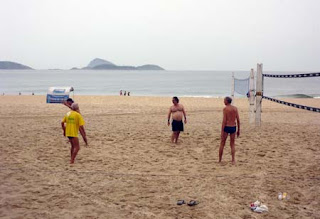 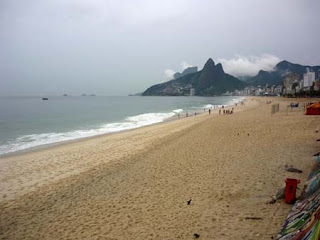 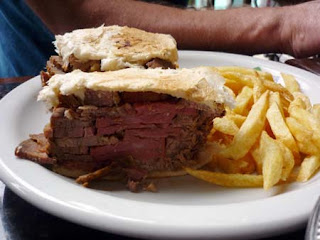 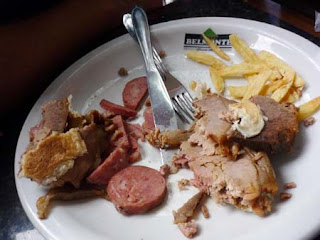 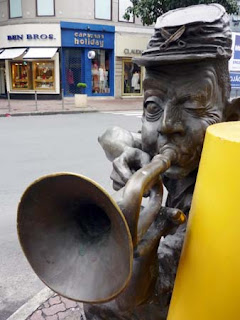 Would we be luckier today with the weather? No we wouldn't! We're beginning to think that Rio's sun-drenched-beach reputation is all a big con trick. Again, Sugarloaf and Christ the Redeemer were refusing to come out and play.

Actually, it was warmer than yesterday, and even though it was cloudy and spitting most of the day, Tracy somehow managed to get sunburnt – her lily-white shoulders haven't seen the light of day in so long that she could get burnt in moonlight these days.

We took the shuttle to Ipanema, where we did an obligatory tour of one of Rio's many enormous jewellery stores – who were clearly aiming at people with much larger budgets than us – before heading to the Sunday "Feria Hippy". This lively Hippy Market was full of ingenious arts and crafts that even managed to inspire such spend-resistant people as us to part with some hard-earned reis.

We then did a power walk up the beautiful promenade that lines the beach, and as we walked up this legendary piece of beachfront, you could see why so many people fall in love with Rio. Here in Ipanema, the streets were lined with nice shops, good restaurants, and policemen everywhere to make you feel secure – and with a backdrop of the beautiful beach lapped by the green seas, it felt like it would be a good place to live.

Having worked up a good appetite, we headed for another Chopp house, where I ordered a "carne asado" sandwich, which I thought would contain a couple of slices of roast meat. I didn't realise that it would contain half a pig, in an enormous piled-high Scooby Snack that would defeat a starving Scooby Doo himself. Halfway through this "death by meat" challenge, I had to wave the white flag – it felt a little obscene leaving so much food in a city where so many people are struggling to make a living in the poverty-stricken favelas, but what can you do?

Suffering from a severe case of the meat sweats, I staggered back to the Shuttle Bus to get back to the ship for the start of the next cruise, as we head down to Chile to round the Horn.