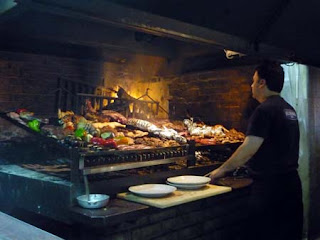 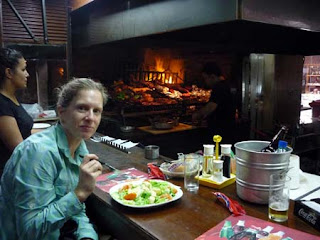 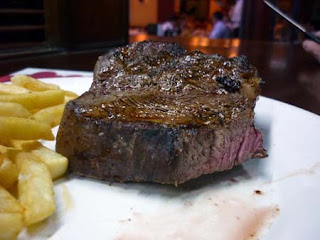 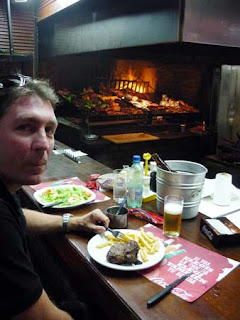 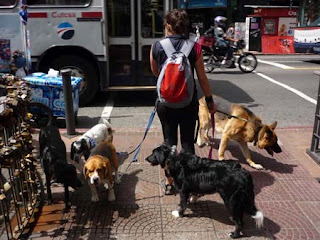 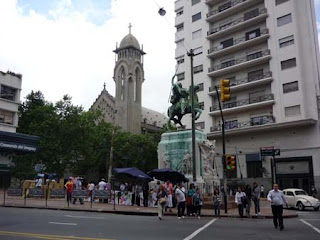 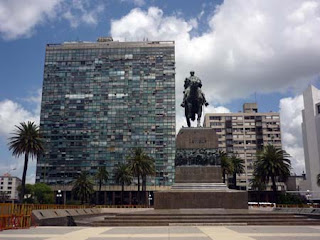 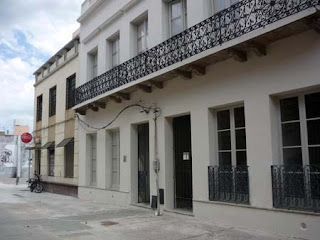 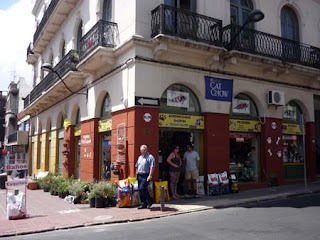 Having been largely unsuccessful in our Christmas present shopping in BA, we decided to hit the shops in Montevideo. Unfortunately, Montevideo's shops proved to be quite a bit more expensive than BA or Brazil, so maybe we should have done all this earlier. Maybe we should have listened to our guide from last week who was telling us that everything is expensive in Uruguay – they don't produce much (apart from meat) which means that most manufactured goods are imported, plus they're a relatively well-off nation, so people are prepared to pay higher prices.

Nevertheless, it's a nice place to explore on foot – a place where you're not constantly on the lookout for pickpockets or dodgy looking people. We explored the Ciudad Vieja, the atmospheric old town, which has a charmingly scruffy edge to it – you could tell that Montevideo must have been pretty well off in the late 19th and early 20th century when these grand buildings were constructed, but some of them looked like they hadn't been painted since.

We slowly made our way to the port area, where Monevideo's fantastic Mercardo del Puerto is situated. This former cast iron market hall has been converted into a fabulous restaurant complex, where competing parilladas (grilled steak restaurants) entice you in with their roaring fires and roasting meats. While I ordered my steak, Tracy told the bemused waitress that she wanted a salad – the look on the woman's face clearly said, "what the hell are you doing here in the home of meat?", but she served it up without comment.

I have to admit to preferring my Uruguayan steak to my Argentine one – this one was even more melt-in-the-mouth than the other. Absolutely gorgeous – I have vowed not to eat beef for a couple of days now, as my poor body struggles to break down these lumps of red meat weighing down my stomach.