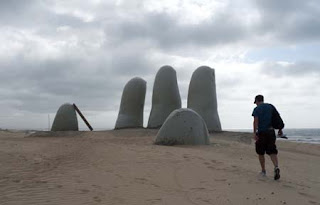 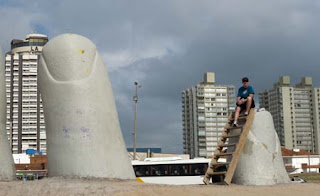 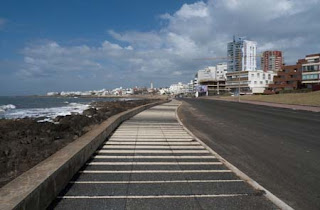 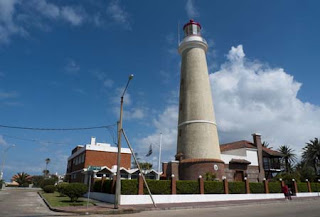 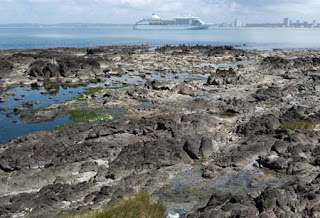 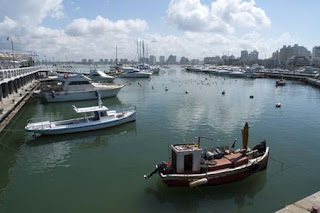 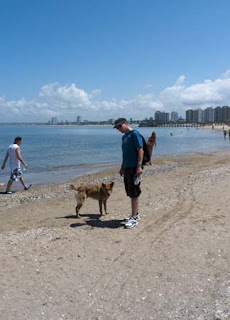 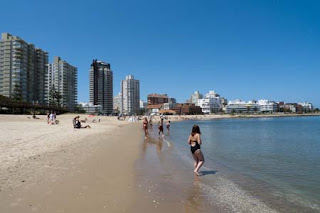 Anyone who's anyone in Uruguayan, Argentine or Brazilian society comes to Punta del Este for the summer. Punta, as it's known, is the most exclusive resort on the continent, and it's full of the holiday homes of the rich and famous.

Amazingly enough, given the array of plush apartments and mansions here, the season only lasts a couple of months, from late December to mid February, and most of the houses are locked up for the rest of the year. So, for our visit, there was a sleepy feel to the place which felt like it was just coming out of hibernation, and various maids began to open the houses up and give them a good clean before their owners arrived.

We did a walk all the way around the peninsula, passing all the beaches that were pretty quiet now, but would be packed in a month's time. We started on the Atlantic side with its wilder waves, where we stopped for an obligatory photo stop at Punta's most famous sight – "El Mano en La Arena" ("The Hand in the Sand") – five giant concrete fingers clawing their way out of the sand.

We then made it round to the calmer River Plate side, where the yacht harbour was, and the gentler seas are, along lovely golden sands. The place has the feel of a more upmarket version of Marbella – in fact, it's a revelation to people who think that South America is all about poverty and deprivation, to find somewhere as sophisticated and super-rich as this.

So, after a gorgeously sunny day, we're now heading south towards the South Atlantic and the wild waters of Cape Horn – we can only hope that the weather gods are smiling on us for the next couple of weeks.