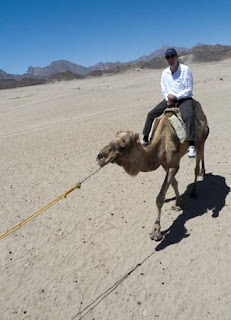 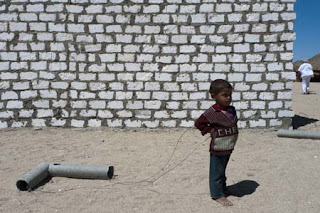 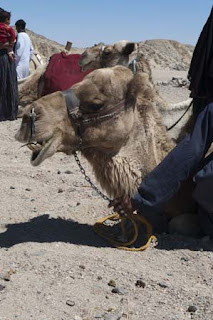 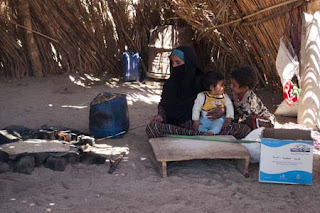 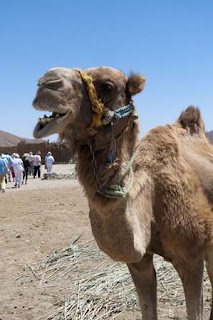 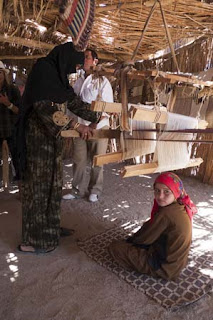 The scruffy port town of Safaga occupies some pretty barren territory for a place that's trying to turn itself into a holiday resort. It has some decent beaches on the Red Sea, but it's dominated by the miles of arid desert behind it, so there's not much culture to discover here.

What culture there is to discover there, is Bedouin culture – so, I took a bumpy 4x4 trip into the endless sands of the Eastern Desert to visit a Bedouin village. Well, it calls itself a "village", but it's difficult to tell whether what we visited was that genuine. There were a couple of families occupying the few scattered huts, plus a few camels which were handily available to take us tourists on a brief ride into the desert (or at least round the corner behind a hill and back again).

From the families, we learnt more about Bedouin culture and cuisine, and actually, it was all quite interesting. It was fun to interact with the little children who were initially quite shy, but then got steadily more brave and cheeky as they got used to you. By the end of it, they were fairly blatantly posing for photos to get a few tips from us (plenty was forthcoming).

You wonder how long these traditional lifestyles can survive as Egypt modernises – maybe, with these visits from us curious tourists, the modern world has already altered them beyond recognition. You couldn't help suspecting that as soon as we drove off again, they hopped into their 4x4s, and drove off to their modern houses and switched on their satellite TVs. Is that being too cynical?