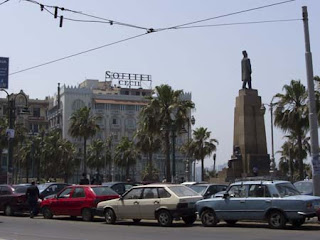 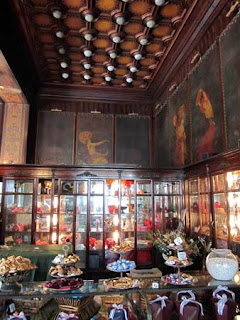 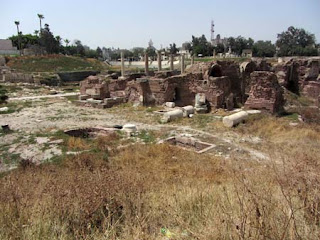 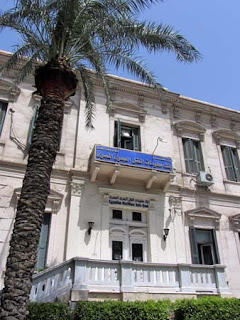 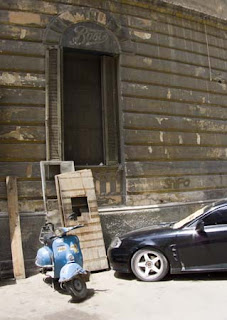 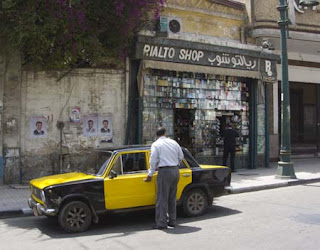 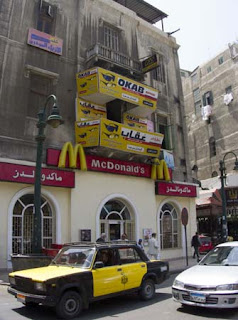 My previous entry said that we were back in civilisation – I'm not sure that the chaotic, overcrowded port city of Alexandria counts as civilisation, but it's a place where plenty of civilisations have passed through and left behind a few relics of their time here.

Back in Greek and Roman times, Alexandria was once the second most important city in the world (after Rome); but, since those times it's slipped a long way backwards (apart from a brief 19th century flourishing, when some beautiful colonial architecture was built).

For the previous 5 years, over many trips to Alexandria we've been trying to pay a visit to the city's famous Greco-Roman Museum; however, each time, we've been thwarted by the fact that the museum was undergoing refurbishment works. Last time we tried to go there, a couple of years ago, it looked close to being finished, so we had high hopes this time (especially as someone on the ship assured us that they'd visited it recently).

So, we wandered through the traffic-strewn streets, got lost, asked people who'd never heard of it, and eventually found the Museum. Sadly, it was in a worse state than two years ago, and looked like it would be another 5 years before it opened. I guess that the fate of the museum was like a metaphor for the city and the country as a whole – it was once world-beating, then had slowly fallen apart, and then there were grand plans for its revival which had got bogged down due to corruption, lack of funds and lack of vision.

Maybe it will be ready next time we come?