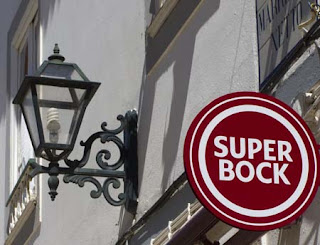 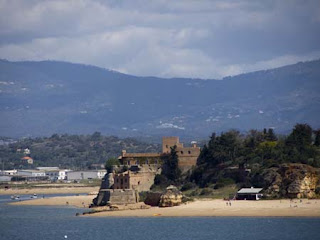 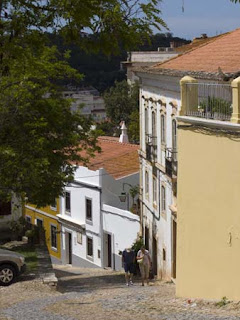 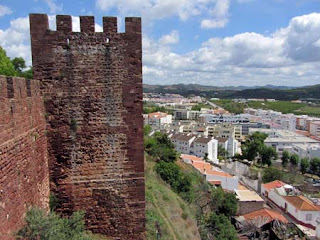 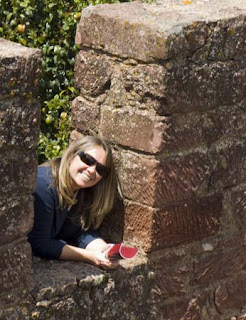 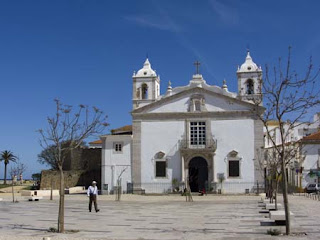 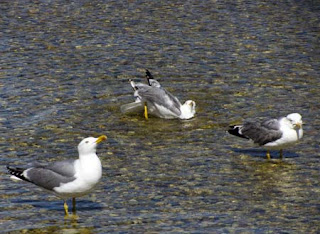 After the tempest in Cadiz, we didn't have high hopes for the weather along the coast in Portimao in Portugal the next day. However, we had a nice surprise to wake up and see the sun shining on the attractive Algarve coast.

Today we were meeting Carla and Fernando - some old friends from home who've settled out here. They picked us up from the ship and we went for a coffee across the Arade River in the pretty little town of Ferrugad, where we caught up on a year's worth of gossip and chat. They told us how everyone in Portugal is feeling the financial pinch – taxes on virtually everything have gone up hugely as the government attempts to pay off some of its massive debts. The Algarve has been particularly badly hit, as the numbers of its mainly British and Irish clientele have dropped in a big way, and suddenly lots of the new developments are now empty. Apparently, businesses are closing down all over the place.

We shrugged off this slightly depressing economic news, and drove up to the town of Silves in the hills above Portimao. The town was an Arab stronghold against the Christian Reconquest of Portugal, and the impressive castle that we visited held out for 3 months when the Christian forces attempted to take the town in the 12th century.

After this, we went to the pretty town of Lagos which manages to combine the atmosphere of being a genuine Portuguese town with lots of history, with being a laid-back resort town. On a sunny Sunday afternoon it was positively sleepy, but we were assured that it gets pretty busy in the height of summer.

After doing some exploring, we went to one of Lagos's beautiful sandy beaches for a delicious seafood lunch overlooking the turquoise sea – even if Portugal is in financial purgatory at the moment, it can still look like paradise.

Another lovely day with friends that we see all too rarely.