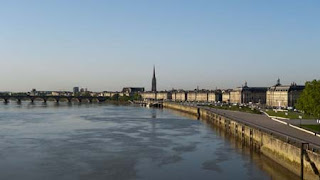 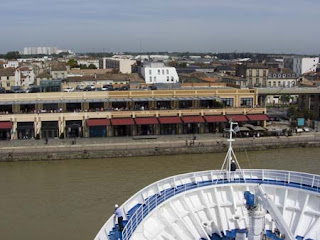 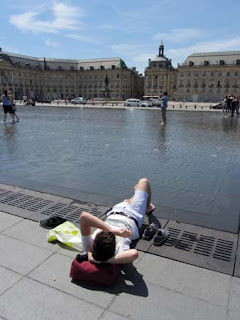 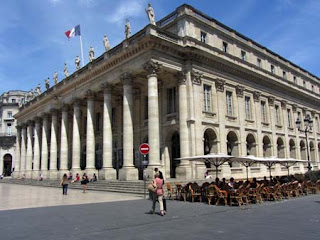 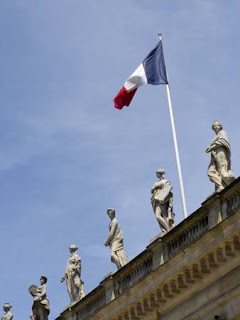 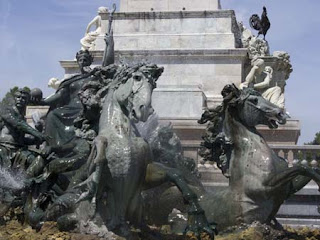 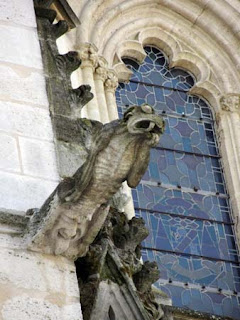 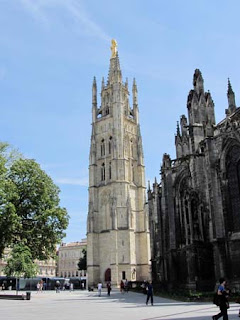 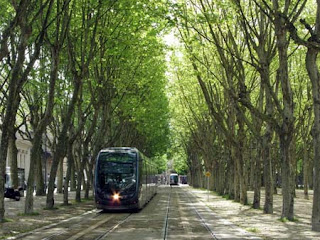 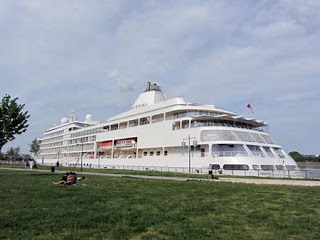 This morning we sailed 60 miles up the massive Gironde Estuary, into the Garonne River to sail into the heart of Bordeaux, one of France's most attractive provincial towns. Just as I was relaxing enjoying the views, I was called up to the bridge to say a few words over the PA as we sailed in. I didn't get a chance to say too much, because the pilot then decided that he wanted the ship to turn in the river about a mile upstream from our berth, and then reverse the rest of the way in – I don't think the captain needed my commentary putting him off these complicated manoeuvres.

Once we made it in – we had an amazing location, looking face-to-face with Bordeaux's wonderful array of mainly 18th century limestone buildings, built during an amazing trading boom, when, aside from its lucrative wine trade, Bordeaux would also have received trade from all around France's far-flung empire, and its port grew into the second busiest in Europe (after London).

It was another boiling day, and in the sunshine, Bordeaux certainly lived up to its nickname of "Bordeaux La Blonde" as its golden limestone buildings sparkled in the sunshine. In the last decade, the Blonde has had her roots touched up, as the city's been given an expensive makeover as its abandoned industrial warehouses have been torn down, its historic buildings cleaned up and restored, and a new super-modern tram system has been installed. All this good work was recognised in 2007 by UNESCO, who listed about half of the city's area as a World Heritage Site – in doing so, this became the World's largest urban Heritage Site.

So, we explored the prosperous streets of this wealthy wine-producing town, and there was no sense of the economic problems that were obvious on the streets of Portugal or Spain. Bordeaux has always been a wealthy place, right from the time when it was run by the English in the Middle Ages – the time when the English first fell in love with a drop of claret, so starting an international love affair with Bordeaux's wine. It was under the English that most of the impressive Gothic Cathedral St-Andre was built, so we went to see this little piece of England in this most French of towns.

Bordeaux isn't a place of a great deal of must see sights or set-pieces, it's just a place to wander, to soak up the atmosphere, and to settle down in one of the many cafes or restaurants (I've never seen more restaurants in one town) with a glass of vin rouge and enjoy the ever-so-chic views.

What a great place to dock for the final stop of the cruise.