May 8th – To the Lighthouse in La Coruña 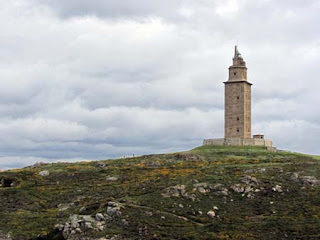 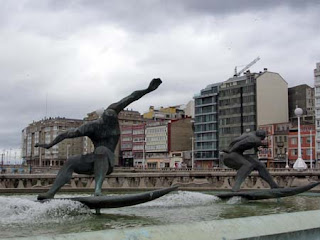 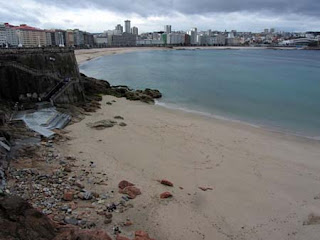 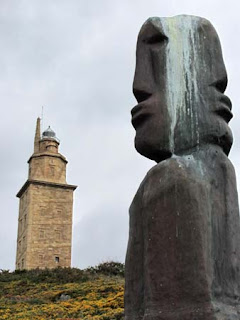 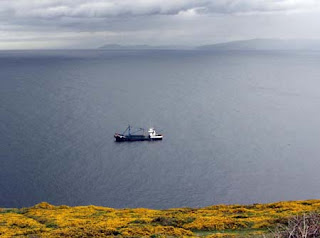 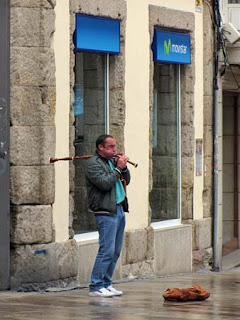 La Coruña on Spain's wild Galician coast is one of the rainiest places in Spain, and today the weather lived up to its reputation. However, in years gone by, this coastline was also known as "La Costa de la muerte" to seafarers – "The Coast of Death" – so maybe we should have been glad to be alive, rather than moaning about a little bit of drizzle.

To prevent the coast from being too deadly, the Romans built a lighthouse here in the 2nd century AD - the lighthouse still survives to this day, and is the oldest lighthouse in the world still in operation. Seeing as this is La Coruña's chief claim to fame, we trekked around the coastline to visit the ancient lighthouse, perched at what was once the end of the known world. The original lighthouse was clad in modern square stones in the 18th century, but its setting on a bleak outcrop facing into the Atlantic, did certainly have something of a "world's end" atmosphere.

After this, we just explored the rest of the city, stopping off for a tapas lunch and to visit a few shops. If it weren't for the perpetually grey skies, La Coruña's wide beaches and atmospheric town centre would make this an attractive beach resort – unfortunately, the rain in Spain makes this quite an unlikely prospect.