April 25th – Bryan Adams Sings Us Through The Suez Canal 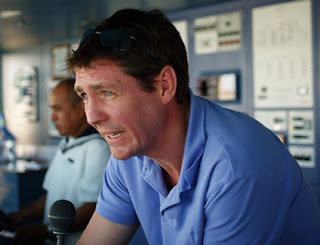 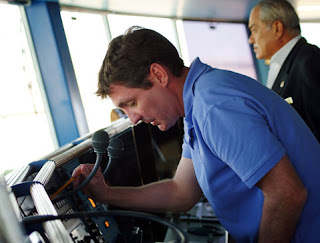 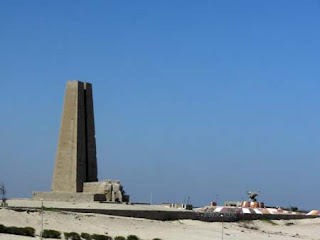 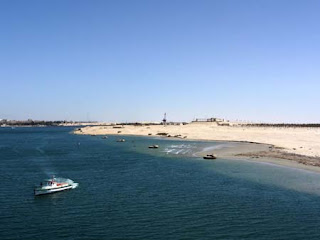 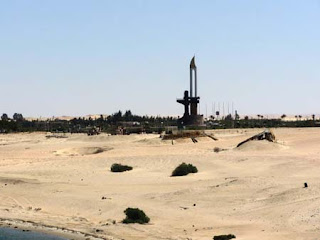 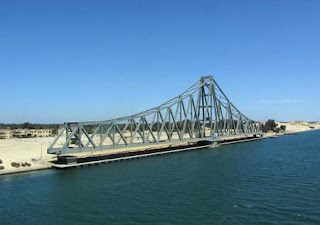 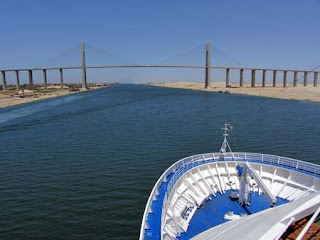 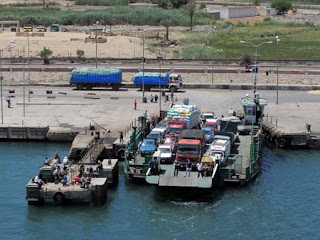 Today we were transiting through one of the world's most strategically important waterways – the Suez Canal. Nearly 10% of the world's shipping traffic passes through this artificial artery which links the Red Sea with the Mediterranean, and behind us in our convoy were some huge oil tankers and enormous container ships.

I was giving a narration from the bridge over the ship's tannoy, pointing out anything interesting along the way – seeing as most of the journey was passing through featureless desert, it wasn't the easiest task in the world to find interesting landmarks, so I also went through the fascinating history of the canal at the same time.

Actually, there were a few things to point out beyond the endless sand dunes – towns, bridges, tunnels, ferries, and also a few old battlefields and memorials from the many Arab-Israeli conflicts which had turned the Canal into a key military objective.

The bridge is normally a fairly quiet and serene place, as everyone concentrates hard on the job of steering the vessel. But, this time round, we had a very jovial old Egyptian pilot on the bridge, who scarcely seemed interested in the navigational side of his job (admittedly, it's not the most difficult navigation in the world as the canal is mostly dead straight, traffic is one-way with a couple of passing points, and we just maintain a stately speed of 9 knots).

Actually, the pilot seemed much more interested in playing us music on his tinny phone. I've never heard any music played on the bridge before, but he thought that some Bryan Adams was an appropriate background theme tune to the Suez Canal. Unfortunately, he only had one song that he wanted to play for us, and it was hardly a classic – "She's only happy when she's dancing". If we heard it once, we must have heard it 50 times. Every time it came to the end of the song we looked at each other expectantly hoping for a new song; every time we got the same power chords and the same profound lyrics about a lady who enjoyed dancing. It was annoying at first, but then it just got funnier and funnier.

So, by the end of the transit, we were back in European waters – after over 100 days at sea, it felt reassuring to be back in civilisation.