May 9th – Visiting Bibao’s “Other” Museum 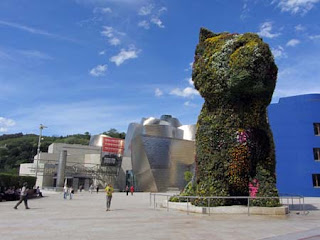 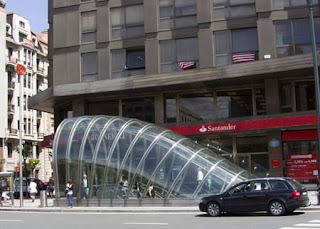 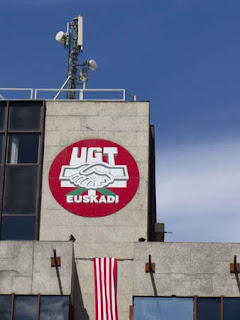 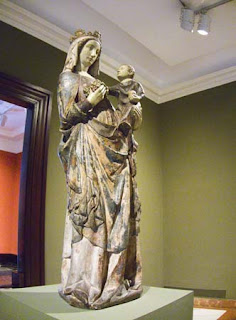 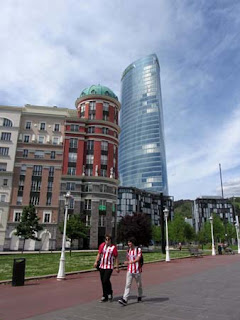 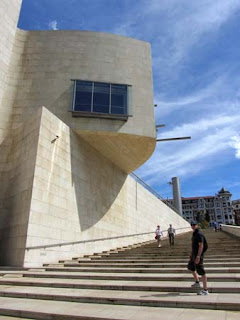 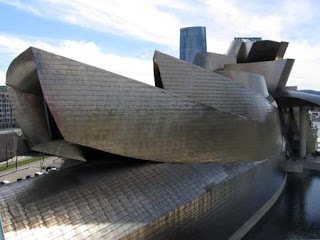 I've never been to Bilbao when the sun's been shining – it's always been raining or at least very grey. So I was unprepared for quite how good the city looks on a sunny day like today, when the temperature rose to a boiling 31°C. Of course, the amazing architecture of the Guggenheim Museum has famously given the city a "wow factor" since it opened in 1997; but, quite often the rest of the city is overlooked when compared to this unbelievable piece of modern architecture.

Today, we got to appreciate what a good job the city's authorities have done in revitalising the rest of the city. When we first came to Bilbao in the year 2000, we parked our campervan right next to the Guggenheim on a piece of barren wasteland – now, this area is made up of smart office blocks, modern apartments and green parks. In fact, the whole city appears to have totally bounced back from its post-industrial decline, and seems to be doing very nicely – we didn't see one "Compro Oro" shop (We Buy Gold shop) in the city centre, while Palma and Cadiz's streets appeared to be awash with them.

The locals appeared to be quite happy too. We noticed that there was a real party atmosphere out on the streets, something that was explained by the fact that Athletico Bilbao, the local team, was playing in the Europa Cup Final against Athletico Madrid that evening. These people are football mad at the best of times, but the fact that the local team (which can only pick people whose family come from the Basque region) was playing in a big final against a team from the capital, turned this into a big occasion for all Basque Nationalists. Everywhere you looked there were the red and white stripes of the football team, and most people were wearing Athletico shirts, scarves or hats – I hope they win.

Having been to the Guggenheim before and been slightly underwhelmed by its collection of weird and wacky modern art, today we decided to go to the Museo Bellas Artes, the Fine Arts Museum, and see what they had to offer. It was a pretty good collection, moving from medieval art, to some good examples of the Spanish greats (El Greco, Zubarran, Murillo and Goya). It was all very well done, but it felt a shame to miss out on the good weather, so we went to the riverside for an obligatory walk around the stunning Guggenheim Museum.

As you walk around this literally amazing building, you come to the conclusion that it looks like no other construction in the world – it's hard to imagine what was going through the architect, Frank Gehry's mind when he came up with the design (other than some fairly strong hallucinogens). On a sunny day like today, the sun shining off the titanium panels of its sinuous curves seem like an explosion of light. A quite breathtaking building.

All too quickly, our time in Bilbao was up, so it was time to leave Bilbao and its football crazy people to their Cup Final party. Sadly, we learnt that evening that they'd been thrashed 3-0, but I'm sure that they had a great time anyway.