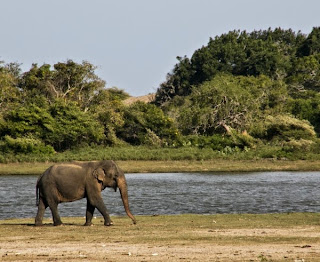 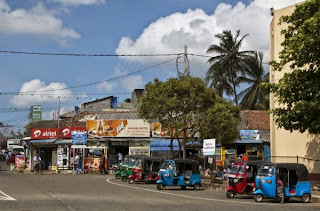 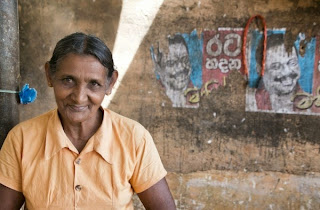 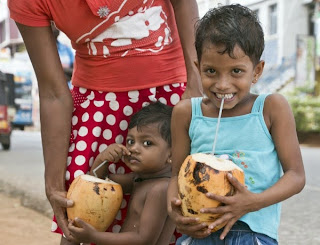 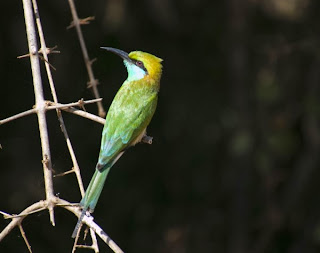 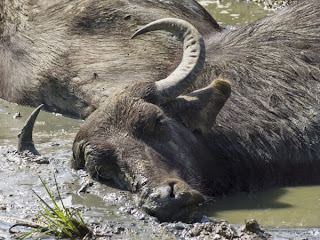 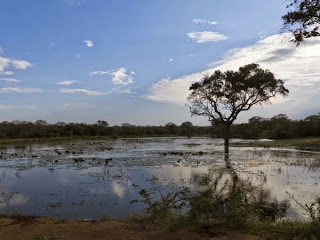 Well, Hambantota is a fairly new port, (our guide tells us that we were only the second cruise ship to call in here since it opened in 2010), built on the south coast of Sri Lanka on the orders of the recently ousted President Rajapaska. At a cost of over $1billion, in an area with very little in the way of infrastructure or development, it's either an ambitious gamble on the future, or it's a very costly white elephant.

On exploring the city (if you can call it that), the whole project is looking more like a white elephant. The former fishing village of Hambantota had been wiped out in the tragic 2004 tsunami, and it was re-built quickly and cheaply before the grand plan for the port took shape. So far, the only investment seems to be in the port itself, a $250 million airport, a $50 million cricket ground (doesn't every town of 20,000 need a cricket ground that can seat 35,000?), and a huge convention centre that looks deserted.

So, this was a fairly scruffy little town, with an atmospheric (and pretty smelly) fish market, and a population that was very friendly and welcoming – their friendliness was perhaps another sign that this is not yet ready to become a big city. So, for the time being, Hambantota is not much to write home about. But, fortunately, we weren't coming here to experience its (non-existent) urban delights, we were coming because it's relatively close to the wonderful Yala National Park, Sri Lanka's number one national park.

So, after a morning in town, after lunch we drove about an hour and a half into the park, where we transferred into our 4 x 4s, to go on a bumpy game drive through its open wildernesses. Yala is home to one of the world's densest populations of leopards, but unfortunately, I didn't get to see one – two of the 6 jeeps from the ship were lucky though.

However, the arid landscapes were beautiful, and we did get some good views of elephants, wart hogs, deer, a mongoose, crocodiles (one startled one ran right in front of our jeep), buffalo, monitor lizards, and plenty of colourful birdlife (including some of the park's trademark preening peacocks). It was great fun, and even if the wildlife wasn't as plentiful as on a game drive in Africa, it was good to see these animals in a Sri Lankan environment.

If you'd just stayed in Hambantota, you may have wondered why the ship was calling in here, but when you get to go on a game drive in Yala, it was all worth it.