March 26th – Playing With The Lemurs in Nosy Be 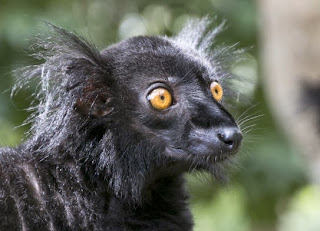 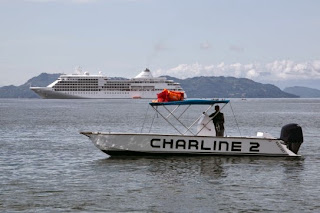 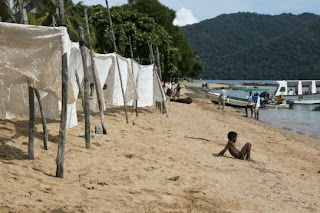 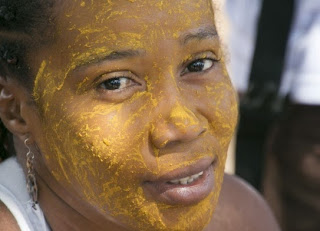 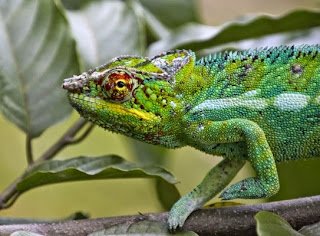 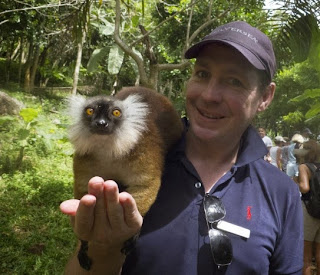 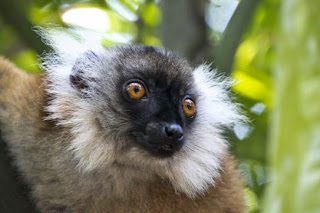 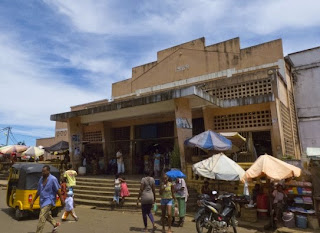 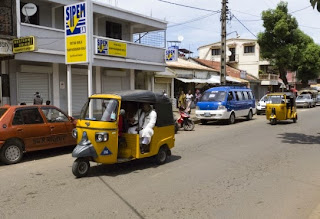 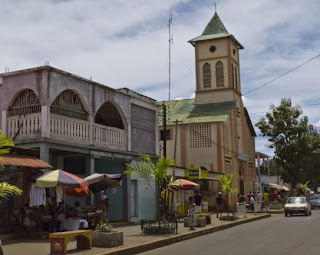 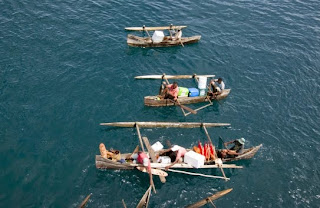 Madagascar is one of the world's economic basket cases in economic and political terms, but what the ongoing economic and political crises can't dull is the brilliance of its nature and wildlife, and particularly its population of captivating lemurs. So, from the inauspiciously-named port of Hell-Ville on Nosy Be, we took the boat trip out to the island of Nosy Komba to get a close encounter of a lemur kind.

As soon as we'd waded ashore on the beach in Nosy Komba, it soon became apparent that Madagascar is sitting on a demographic time bomb – there were children absolutely everywhere, most of them trying to make some a few dollars from us tourists, by singing and dancing. Our guide tried to tell us that they were off school for the Easter holidays, but I suspect that they'd have been waiting for us anyway. It made me feel a little uneasy, seeing 4-year old children desperately singing and dancing for our entertainment, but at least they weren't just begging hopelessly like they do in other parts of Madagascar.

The lemur park on Nosy Komba is on a fairly well worn tourist trail, so in addition to the many groups of busking children, the whole village seemed to be one giant souvenir stand, while even the lemurs seemed to appear to order for us. On our trek up into the thick forest, we saw so many colourful geckoes and lizards, and chameleons so incredibly well-camouflaged against the tree bark that you could scarcely make them out at all.

But, we were here for the star of the show, the super-cute lemurs, who were more than happy to pose for photos on our shoulders, round our necks, and on our heads in return for a bit of mushy banana. Even though I've now encountered lemurs quite a few times, I can never get enough of them – they are so incredibly cute, with their big, bulging eyes, their slightly quizzical looks, and their soft, gentle hands. They'll gently nibble away at the banana off your finger without ever being too grabby, and they delicately grab your hand to pull it closer to them.

The lemurs in the park are black lemurs (although the females are chestnut brown), and they were as friendly as any I've met – although one did manage to wipe his less-than-clean backside on Tracy's shoulder, which wasn't her best birthday present. In contrast to her lemur, the one that was on my shoulder actually smelt very nice (almost freshly laundered), and he didn't appear to want to get off, in spite of lots of encouragement from me once the bananas had all been consumed.

As ever, it was another magical lemur experience – I love these animals!

At the end of the tour, before I went back to the ship, I had time to get the shuttle bus into Hell-Ville, to see what was going on there. The town always used to be a fairly hellish place, but over the last couple of years, it appears to have cleaned up its act a little. A lot of it is still fairly dilapidated, but the roads in town were good and many of the buildings seemed to have been freshly painted (although, you only had to go into the backstreets, to find the non-existent roads and crumbling buildings that I've come to expect from Madagascar). The fact that 2 direct flights from Milan arrive every week at Nosy Be's international airport, bringing package tourists into its burgeoning beach resorts, is obviously injecting some badly-needed cash into the local economy. The people were well dressed and friendly, and there was no begging that I could see.

I went to the market, which also seems to have cleaned up its act a little – although, the meat section was as smelly and fly-covered as you can imagine it would be after a day in 40 degree heat without any sign of refrigeration. Then, on my walk back to the port, I passed plenty of once-grand colonial buildings in vary states of repair – as the first place where the French put down roots in Madagascar in the 1840s, this must have been a surprisingly developed place at the start of the 20th century.

Madagascar may not have had much money spent on it since then, and especially since independence in 1960, but Nosy Be appears to be as good as this deprived country gets.