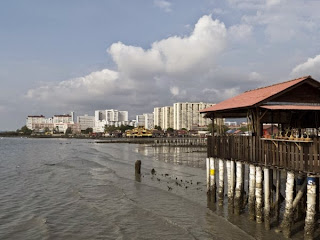 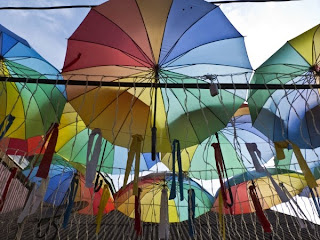 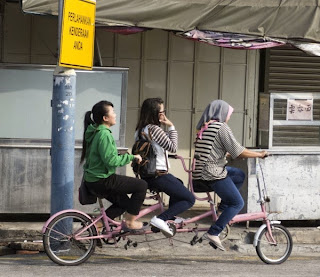 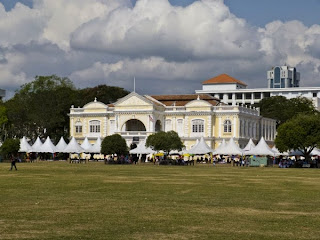 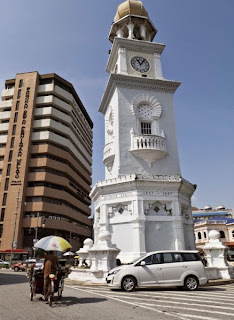 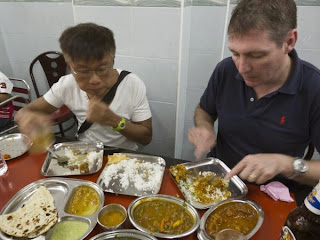 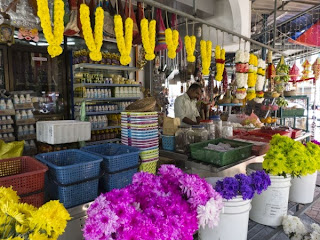 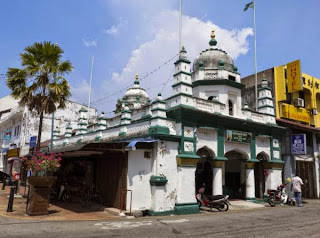 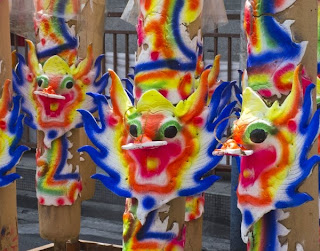 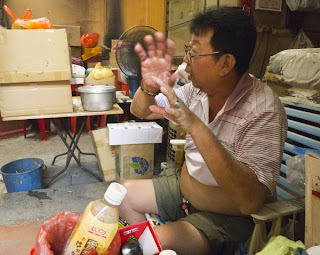 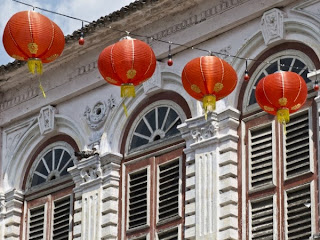 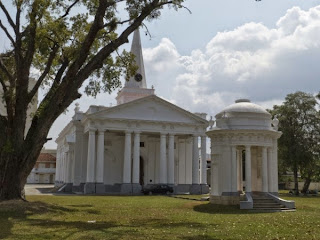 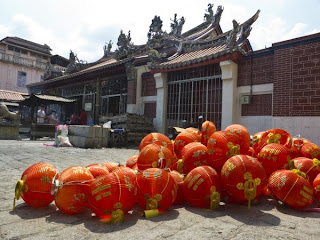 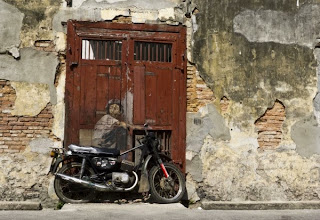 Penang has always been my favourite city in Malaysia – and today confirmed why.

The fact that the Chinese are in the majority here, rather than the Muslim Malays, has meant that it has a more relaxed atmosphere than the more conservative rest of the country. Plus, the fact that it moved from being a colonial boom town to a colonial backwater in the mid-19th century, meant that it has a remarkably well preserved set of colonial heritage. Places like Singapore and Hong Kong bulldozed much of their historic architecture to make way for "bigger and better" developments – here in Penang, most of the grand civic buildings and atmospheric streets of 2-storey shophouses have survived intact.

The Chinese have been the dominant cultural force here, ever since the British imported Chinese workers to build their successful colony here in the 18th century; and, my morning tour took us around the Chinese history of the city. Most interesting was the Khoo Kongsi, a clan house of the powerful Khoo family, that acted as a kind of community centre, place of worship and Masonic lodge for an extended family group who came here from Fujian province in China. The clan still owns an extensive property portfolio in Penang, and with property prices beginning to shoot up here, I'm sure that they're doing very well.

Actually, Penang really appears to have been on an impressive course of gentrification over the last 5 years, as so many of its previously dilapidated shophouses have been renovated and converted into smart restaurants or boutiques.

On a bakingly hot day, the best way to explore these atmospheric streets was by trishaw, as we were each cycled around town by a hardworking cycle-rickshaw driver. It all felt very self-indulgently colonial, as a group of people who'd been gorging ourselves on a luxury cruise ship for the last 2 months, were hauled around by these skinny little guys who all seemed to be the wrong side of 60. I started off at the front of our group, but my labouring driver must have grown exhausted by transporting my overweight carcass, as one-by-one, all the other drivers overtook us.

This meant that I shamefacedly arrived about 5 minutes behind the rest of the group, who were by now tucking into mounds of chicken satay at the colonial splendour of the beautiful Eastern and Oriental Hotel. The fact that he'd obviously struggled to transport someone of my weight, was a good reason to go light on the food!

However, by the end of the tour it was lunchtime, so it was time to do some more gorging, as Tracy and I headed to Penang's Little India to see if it could compare to Singapore's. We'd been recommended to go to a place called "Ananda", which didn't disappoint – excellent food at very good prices. In our excitement, we completely over-ordered but we still managed to finish it all.

So, Penang offers something close to Malaysia's complete package – interesting history, well preserved architecture, a cosmopolitan mix of cultures, and friendly people (plus it has good beaches too, if that's your thing). If only it weren't so incredibly hot, this could be the perfect destination.