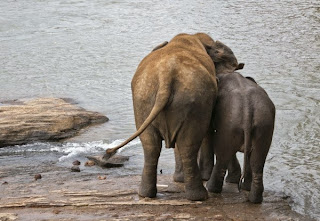 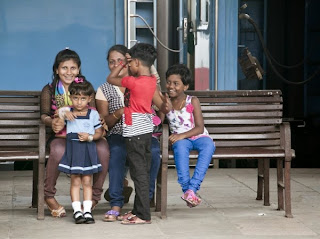 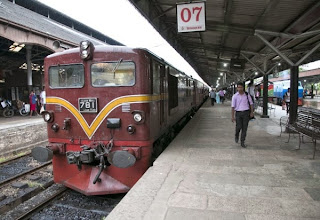 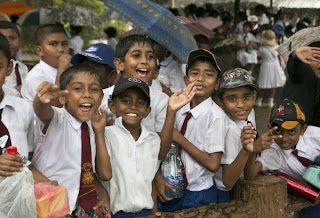 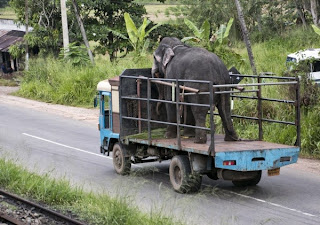 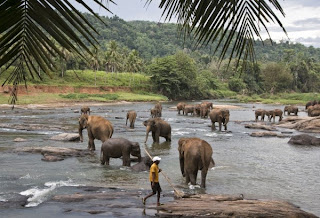 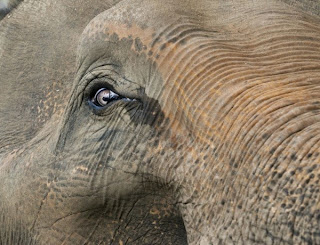 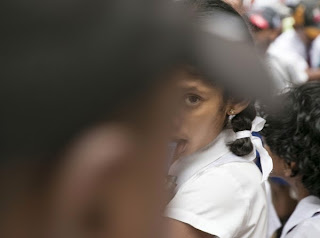 Today we had a fabulous day on one of Silversea's World Cruise Events, which took us a magical journey by vintage train from Colombo to visit the famous Pinnawla Elephant Orphanage. The train ride was great fun – as we shook, rattled and rolled our way out of Colombo, through its sprawling suburbs, and into the open countryside, as we passed countless temples and stupas, and field after field of green rice paddies. In the countryside, it felt like not much had changed since our train was built, as traditional rural ways of life continued as they have done for decades.

They say that it's better to travel than to arrive, but even though we were travelling in style, today was all about our arrival at the Elephant Orphanage, to see these magnificent creatures in all their glory. We started off seeing the elephants in the field and watching the adorable babies being fed, as they gulped down gallons of milk. This side of the orphanage had a little bit of a feel of a zoo, but it was when the elephants got down to the river, that the fun really started.

It was fantastic to watch these huge creatures lark around in the water and wallow in the mud – the juveniles playing like little children, splashing each other, trying to push each other over, or just getting into some playful wrestling competitions. As we watched their carefree antics, it was impossible not to assign human characteristics to their actions.

Of course, we had the best seat in town, being greeted by an exotic Sri Lankan dance troop to a backing of pulsating drums and wailing pipes, before eating a delicious lunch looking over the river. However, it was pretty difficult to concentrate on our lunch, with this wonderful elephantine show going on in front of us. It felt like watching the Discovery Channel live – it was such a privilege to witness.

After lunch, Tracy and I went down to the water's edge, where the inquisitive elephants spent their time sticking their trunks over the wall, nosing around to see what we were up to. I presume that they were after some illicit bananas, but they seemed quite happy just to have us rub the rough skin of their trunks. Again, this was one of those pinch yourself moments – were we really so close to these huge animals, their trunks sniffing around our legs so gently?

It was incredibly hot, so it was good to get back to the air-conditioning of the train at the end of it all, as we sat back, watched the countryside, and dreamt of elephants. What a fantastic day!