March 15th – Trouble In Paradise in the Maldives 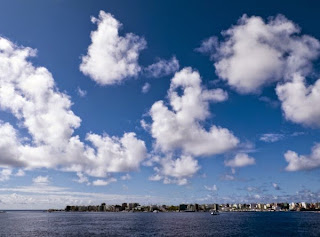 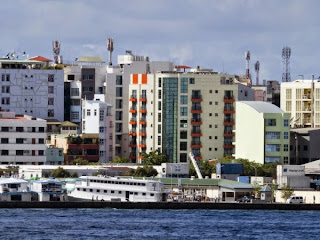 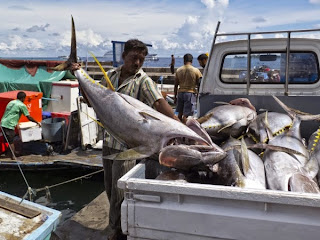 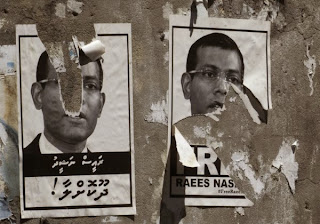 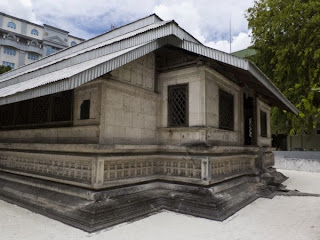 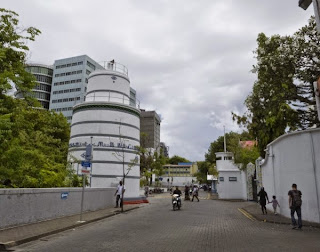 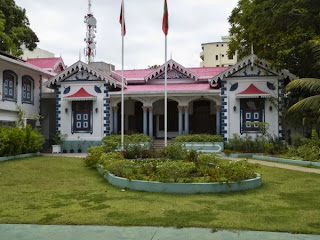 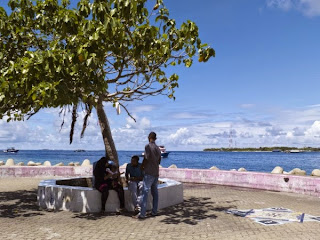 When you tell people that you're visiting the Maldives, they immediately think that you're visiting a desert island paradise of idyllic white sandy beaches. Well, the reality of the nation's capital, Male, couldn't be more different from that idealised view – in fact, this is one of the most densely populated pieces of land on the planet, a tiny, congested one-square-mile island full to the gunnels with buildings, 100,000 people, and just as many motorbikes.

Rather than peace and tranquillity, the sensation of urban noise and congestion was almost overwhelming. But, perversely, it was this disconnect between perception and reality that probably gives Male it's most interesting characteristic. Of course, the Maldives boast some of the most beautiful islands in the world, but the ordinary people are stuck here in the concrete jungle and have no access to them – they're set aside purely for the mega-bucks resorts, and the government doesn't want the wicked ways of the west to "infect" the Islamic sensibilities of its population.

The irony of living in one of the most beautiful countries in the world, but inhabiting one of the least attractive islands I can think of, is almost too much. However, the people are kept firmly in check, not only by the fierce version of Sharia Law here, but also by a government that has turned away from democracy in the last couple of years, and is ruling with an iron rod. Just the day before we arrived, the ex-President Nasheed (who was deposed in what most people regard as a coup) was sentenced to 15 years in prison for "terrorism" (basically, for sacking a corrupt judge). It was quite a poignant sight to see the many torn "Free Nasheed" posters fluttering in the sea breeze – a sad symbol of the Maldives' torn hopes for democracy.

Having said all this, the people I encountered were all very friendly and chatty – a few were happy to talk about the political situation here, worrying that the government's actions were going to be bad for the tourist industry upon which the economy is almost totally reliant.

I visited the fish market – the size and cheap prices of the many different fish would make this a seafood lover's delight, while the small size of the vegetables on sale in the other market, showed that the islands are not exactly fertile.

It was amusing to see a huge Costa ship was also anchored off Male – I doubt whether many of its passengers were prepared for the version of the Maldives that they were presented with. Certainly, the number of Italians who were down at the town's small beach (artificial of course!) in their skimpy swimwear, made me think that they hadn't had a Destination Lecture preparing them for the Islamic concrete jungle they were visiting. I then watched a number of the locals having an argument with those people on the beach, asking them why they were disrespecting the local customs so flagrantly (the locals will only go swimming fully covered up). Apparently, the police were eventually called.

So, Male is not the most beautiful place in the world, but it has a unique atmosphere in its combination of fervent Islam and claustrophobic congestion. I just hope that the government can give some power back to the people – they deserve more.