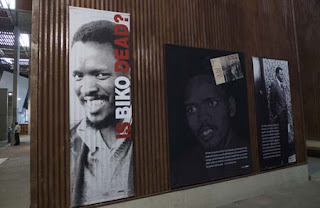 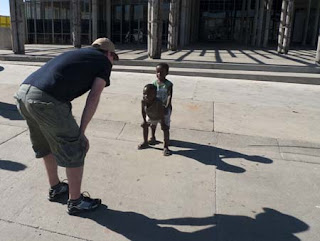 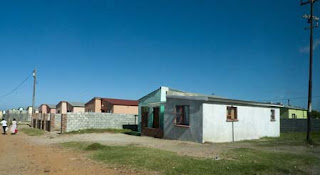 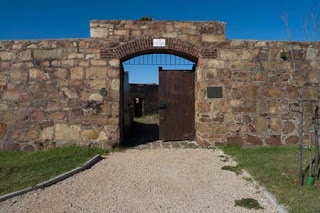 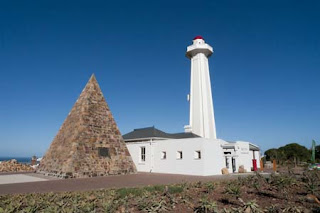 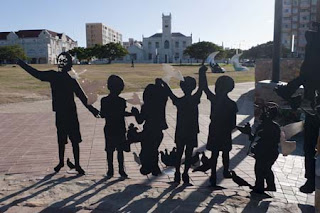 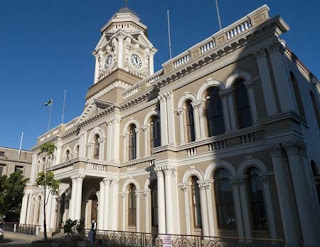 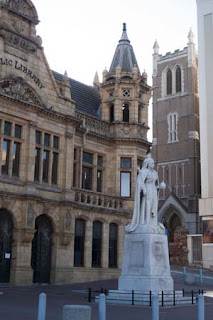 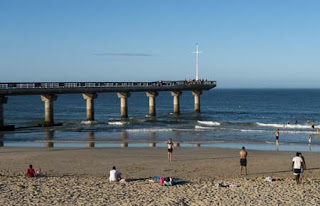 In Port Elizabeth, we decided to see an alternative view of South Africa – the neglected townships that surround all its cities. When we think of South Africa, we tend to think of glamorous cities like Cape Town, or exotic Zulu villages, or wide open savannahs full of big game – but the reality of modern South Africa for the majority of its inhabitants is the poverty and squalor of the townships.

We drove out to PE's oldest township, New Brighton, where the ramshackle houses and omnipresent litter attest to the deprivation endured by so many. However, it wasn't totally depressing – people here get on with their lives in a place with a fierce sense of community. As we drove around, it didn't seem a particularly lawless place and we didn't feel threatened, but I guess we'd probably have felt fairly differently if we'd been on foot.

The showpiece of the community, was the excellent Red Location Museum, an innovative museum right in the centre of the township, that highlights the struggle against the injustices of the apartheid regime. It was a thought-provoking and well laid out museum, that particularly highlighted the contribution of the charismatic and highly intelligent leader of the Black Consciousness leader, Steve Biko, who was brutally murdered by the authorities in 1977. The museum re-inforced the impression of just how scared the apartheid government must have been of the black majority – a fear that fuelled their empty justifications for the evil system that they put in place.

After this, we went on a tour of the city, passing by huge posh houses in the comfortable suburbs that could have come from a different world to what we'd just seen a few miles away. We visited the cricket ground, and then went to the city centre which has been fairly neglected over the past few decades, and abandoned by the middle classes. We went up to Donkin Hill that overlooks the city, where we saw the poignant memorial to Elizabeth Donkin, who the port is named after.
Elizabeth was the wife of the first governor here, and died 2 years before he first arrived here, heartbroken in 1820 – the inscription to the "most perfect person who ever lived", is a long way from the stiff upper lip colonial automaton that we'd expect of a servant of the British Empire.

In its Victorian heyday, PE would have been an impressive place, as the range of grand colonial buildings show; however, it's now looking like it could do with some tender loving care. Our guide told us that large numbers of the historic buildings and houses had been bought up by a slum landlord, who was letting their historic heritage slowly fall apart – no-one knows what his long term plans are, but the city is in danger of losing its heart.

Strangely enough, I found the city centre more depressing than the township – hopefully someone with vision will try to re-invigorate it. After this, we quickly went down to the beautiful PE beaches which was a much more optimistic place to end a fascinating day.