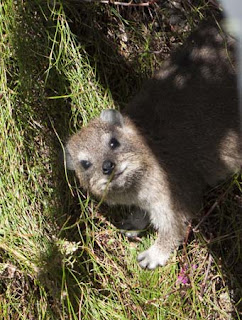 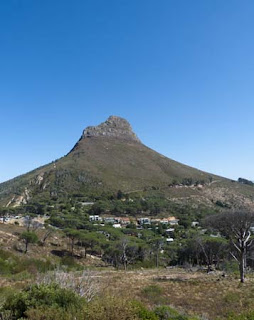 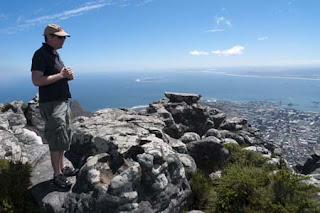 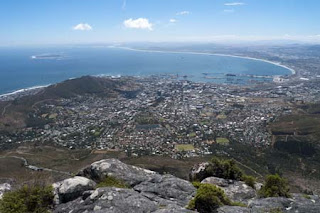 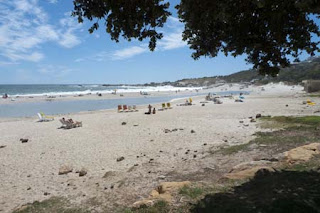 Today, we did the tourist ritual that almost every visitor to Cape Town has to do – catching the Cable Car up to the top of the awesome Table Mountain. There can't be many cities with a more spectacular natural setting than this.

From the port, it was actually cheaper to get the open top tourist bus to the mountain than to get taxis there and back, so we had an interesting city tour on the way. As you explore Cape Town's cosmopolitan and historic streets, it's not difficult to see why this is one of the most desirable cities in Africa to live in.

Then, we had the main event, Table Mountain itself. Whatever angle you look at it, you can't help but be impressed - it's spectacular from the bottom, breathtaking half way up its sheer sides in the cable car, and then simply awe-inspiring from the top. The views over to the city centre on one side, then the beaches and the Twelve Apostles on the other, were unbelievable. Apparently the mountain had been covered in the "Tablecloth" of cloud for the previous three days, so we were particularly lucky to have a clear day.
While we were up there, we walked on some of the trails around the flat-topped massif, its rocky ground covered in hardy fynbos bushes, and kept an eye out for the Mountain's most famous inhabitants, the Dassie. The pretty little dassie looks like the love child of a badger and a groundhog, but it's supposedly the nearest living relative to the elephant – hard to believe this cute little bundle of fur is a cousin of the huge elephants we've been seeing on safari.

By now, it was time for lunch, so we took the bus to the beautiful beachside suburb of Camps Bay. With a brilliant white sandy beach on one side of the road, and a line of trendy bars and restaurants on the other, this has got to be one of the best beachside locations in Africa. So, we joined the beautiful people of Cape Town and settled in for the afternoon – me with an ostrich burger (very tasty and no cholesterol), and Tracy with an uber-healthy salad.

After this, we headed off on the bus again, to see more of Cape Town's upmarket suburbs overlooking the ocean, and returned to the port again, to join the ship and start a new 18 day odyssey around Western Africa, up to the Canary Islands.