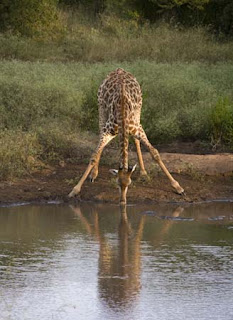 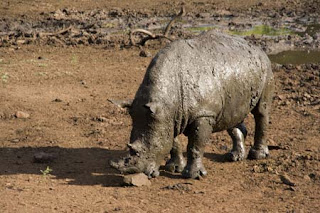 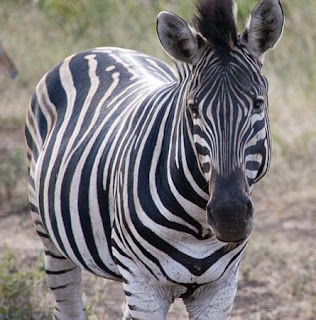 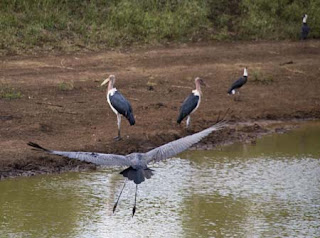 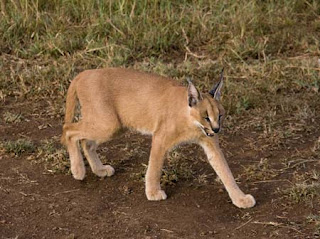 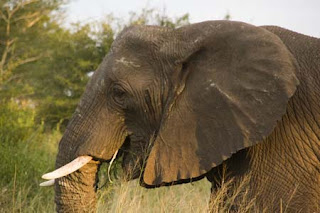 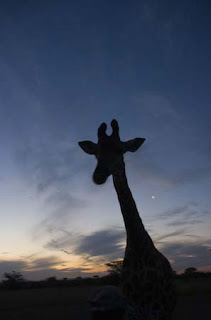 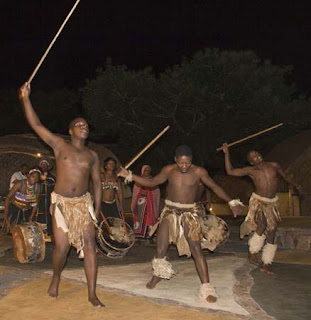 For this sunset safari, we went to the Zulu Nyala Game Reserve, where we got the closest I've ever been to a wild rhino. Covered in mud, it lumbered past us, scarcely seeming to notice, so we just followed it at a respectful distance – we must have been about 3 metres away from this prehistoric-looking beast, but whenever we got too close, he'd mark his territory with a jet propelled spray of urine, just to remind us who was boss.

As we drove around, our guide could see that a distant herd of impala was clearly upset about something, so we left the road to have a look. Then we spotted a freshly killed impala calf lying on the ground, and skulking in the undergrowth, a proud looking caracal (a smallish wild cat with pointed ears). Our guide got out of the jeep to investigate and the caracal came bounding over to him like a long lost friend, and it rubbed itself against his legs just like a housecat would. It turned out that our guide had hand-reared the caracal and it had only just been returned to the wild last week. This was its first ever kill, and it was difficult to see who was more pleased, the caracal or the guide.

Other close encounters included bumping into three elephants who were happily demolishing some trees until we came along. When we got quite close, it became apparent that one of the elephants wasn't too happy about our presence – it turned towards us, stamped its foot and flapped its ears angrily. As it started to charge us, I just about suppressed a scream and we reversed rapidly away.

Next we saw a giraffe having a drink at a waterhole. It hadn't occurred to me that a giraffe's legs are so long that they virtually have to do the splits with their front legs to get low enough to dip its head into the water – hilarious to see.

At the end of a fantastic game drive, as the sunset over the hills, you get the feeling that there can't be too many more beautiful places in the world than this; and to cap things off, we were approached by a semi-tame giraffe who wanted us to rub his nose – another great day.