April 12th – Not Whelmed By Salalah

If our time in Muscat caused people to fall in love with Oman, our half day in the country's second city, Salalah probably was a bit of a reality check.

There's nothing wrong with Salalah, it's just that it's almost totally modern and lacking in the heritage and history that people so enjoyed in the country's charming capital. In fact, the chief attraction of a visit here, is to venture outside of the city to see the starkly stunning (or stunningly stark) countryside up in the mountains.

With scarcely a human trace in sight in the barren desert, and with wild camels and goats wandering around the dusty hills at random, it felt like we were seeing landscapes little changed from the bible. Actually, this was land where a few biblical figures would have felt at home. Supposedly, (according to Islamic tradition at any rate), Moses's father and the father of the Virgin Mary are buried in Salalah; but, the star burial plot is that of the Prophet Job, who's interred in a simple tomb, up in the mountains, about 20 miles away from Salalah.

There's not much to see there (apart from an unfeasibly giant footprint in the rock that supposedly the patient prophet left behind), and the rather neglected tomb compound doesn't necessarily have the feel of a holy place, so it didn't seem to impress most of the passengers. "Underwhelming", one lady muttered to herself as she walked away – she was probably right.

Then, after being wowed by Muscat's overflowing and friendly souk a couple of days before, a few people were left a little underwhelmed by Salalah's smoky and fragrant souk, which specialised in a product that once was worth its weight in gold – frankincense – but which now is of little use to us westerners, unless we're in the clergy. However, plenty of people did manage to buy up stocks of Salalah's single claim to fame – probably to wonder what on earth to do with the frankincense once they get back home.

Our guide kept on telling us that Salalah is like paradise on earth in the summer months, when the monsoon blows in and the mountains turn vibrant green for 8 short weeks. This is a time when getting a hotel room in the city is like gold dust, as thousands of tourists from the Gulf States flock here to escape the heat of the summer, and to enjoy the rain (a little like London maybe?).

But, at this time of the year, with boiling temperatures, bone-dry desert scenery, and dusty streets, unless you're desperate to buy frankincense, Salalah is not the most whelming place.

We now have four days at sea, trying to avoid the Somali pirates on our way to Safaga in Egypt. 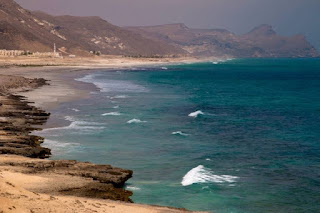 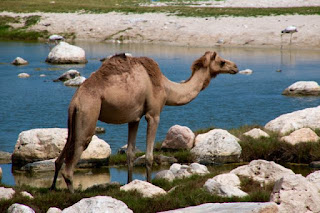 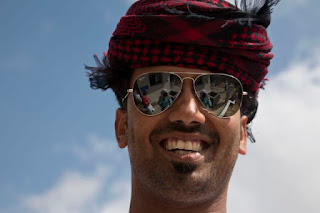 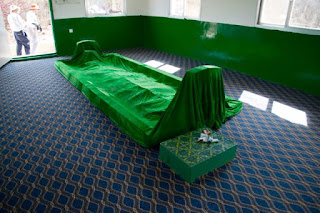 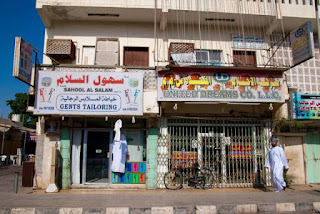 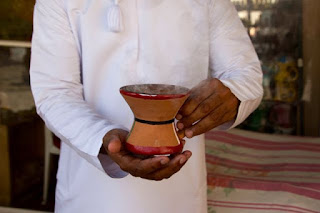 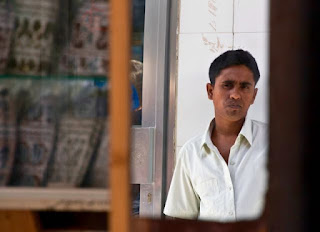 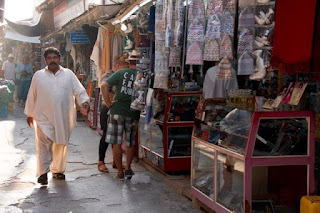