April 27th – Dubrovnik – is “The Pearl of the Adriatic” Losing its Lustre?

It's obvious why so many people come to Dubrovnik, the so-called "Pearl of the Adriatic". There's nowhere else in Europe that's maintained its medieval look as well as this exquisitely preserved walled town. Over the centuries, the town has survived pirate attacks, earthquakes and the ravages of the Yugoslav Civil War; yet, to me, it seems to be under its greatest threat today, as it submerges under the sheer weight of tourism.

Since the bombardment of the Serbians in 1991-2, in which 70% of its buildings received direct hits, the town has been sparklingly restored – so well restored in fact, that some people have accused it of being like a medieval theme park. That's probably not fair, but it is true that the amount of tourists thronging its streets, and the unashamed tourist focus of the entire town has probably killed some of the old magic of Dubrovnik.

Whenever I've been here, there's always lots of tourists in town; but, visiting right at the start of the season, and with only one other ship docked alongside us (albeit a huge Holland America monster), I wasn't expecting the town to be quite as jam-packed as it was today. The tourists were (quite literally) wall-to-wall, as those wonderful medieval walls were lined with a slow-moving constant procession of visitors. The fact that they were charging an extortionate 120 Kina ($18/€16/£12.50) to walk those walls managed to stop us joining the wall-climbing throngs. With prices like those, I don't know whether they're trying to keep the numbers down, or just milk the tourists for all that they're worth.

In my experience, the Croatians I've met have been some of the friendliest people you meet in this part of the world, however, today we experienced a certain weariness among the people we encountered in Dubrovnik's tourist trade. If they're feeling a little fed up with tourists already at this early stage of the season, I shudder to think how grumpy they'll be by the end of it.

In my (humble) opinion, the city's authorities need to do some hard thinking about how the tourist trade progresses here. Does the "pile them high, sell them cheap" (ok, not so cheap) methodology have a long-term future in a city as small as this, no matter how beautiful it is? People come here because of its historic atmosphere and its harmonious architecture – but, if the chief impression Dubrovnik has on them is of tourist hell, how long will they keep coming.

Dubrovnik is without doubt one of the most visually attractive cities in Europe, but if you can't get to appreciate it because of the number of tourists in your way, then this pearl is in real danger of losing its lustre. 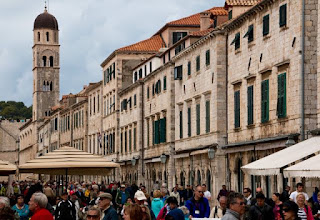 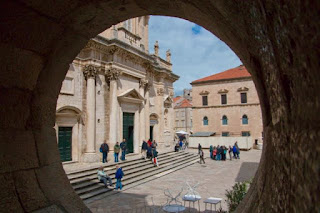 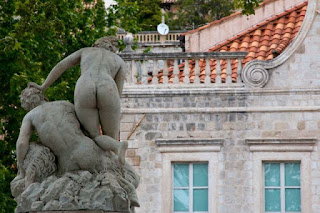 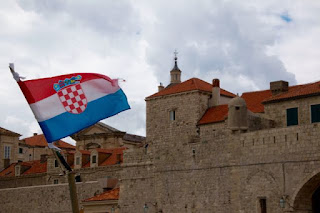 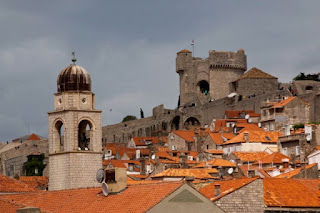