After the chaos of Egypt, and then the underlying tensions of visiting Israel, a morning in the beautiful port town of Chania in Crete came as a really relaxing contrast. You could almost hear the collective sigh of relief from the passengers as we stepped onto European territory – without intending to be derogatory to our previous ports, it felt like we were really back in civilisation.

It helped that Chania was looking at its best, its colourful buildings lining the port glowing in the sun, blue skies overhead, and its clear blue waters glinting alluringly. The town is an interesting mix of Venetian, Turkish and Greek architecture, that each reflects the different periods of rule here over the last 800 years or so, but which gives the town an agreeably cosmopolitan and historic feel.

As we explored its quiet Sunday-morning streets, we saw sturdy Venetian fortifications, pastel-shaded Italianate villas, exotic domed Ottoman mosques, Greek Orthodox churches, and modern hotels that reflect the fact that Crete has become Greece's most popular holiday island. But, what made it for us, was that the atmosphere was so wonderfully chilled out. The sleepy streets gradually woke up over the course of the morning and got steadily busier as the church services finished (it was Orthodox Palm Sunday), and quickly the many cafes around that picturesque harbour began to fill up.

So, we joined in with the locals and stationed ourselves in a waterfront cafe, as so many people from the ship passed by and stopped for a chat – it made us realise what a community this World Cruise has created.

We've been all around the world together; but, for me, getting back to Europe really felt like coming home. 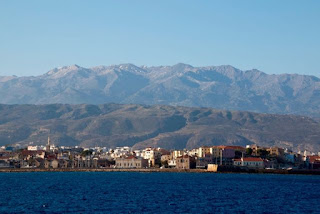 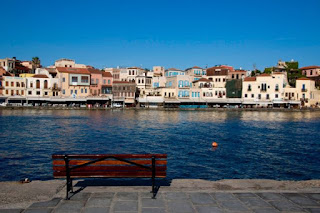 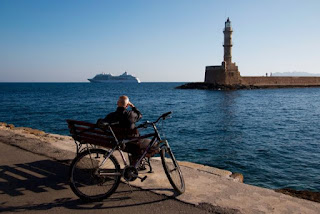 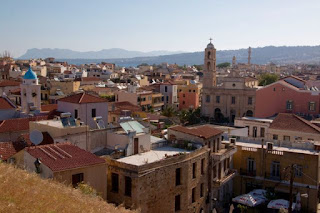 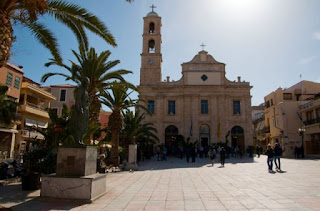 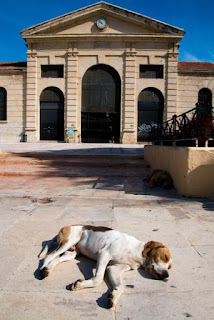 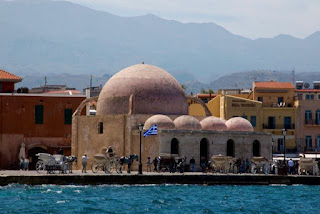