Considering that we didn't have long in Cochin (in the beautiful Indian state of Kerala), we managed to pack quite a lot into our half day here. We arrived at 12pm, but the glacially slow Indian Immigration meant that it was more like 1pm that we were off the ship – seeing as we had to be back on board by 5pm, we had to move fast.

Negotiating with the tuk-tuk drivers is normally a real trial here, but somehow we got a guy to agree to drive us around for $5, so we asked him to get us to the restaurant at Malabar House in Fort Kochi ASAP. His idea of ASAP, was to pootle along at about 7mph, but at least he was a nice guy, and didn't take us to his "cousin's" sari shop on the way.

It might seem a bit strange to have lunch as a priority when time is tight and you're on an all-inclusive ship, but we needed to have some real Indian curry – for the last 1,000 years or so, Cochin has always been a centre of the spice trade, so we wanted to sample the city's raison d'être. It has to be said that everyone eating at the Malabar House was European, so it's not exactly a haunt of the locals, but the food was absolutely delicious – the best curry that we've had in a long time.

Having wolfed down the curry, it was back into the world's slowest tuk-tuk for a whistle-stop(!) tour of Cochin's greatest hits. In fairly quick succession, we sampled a few Cochin's influences from East and West. We went to see India's oldest Church, we visited the Chinese Fishing Nets (scarcely functioning, but as picturesque as ever), we frequented a spice shop (where I topped up on curry powder), and Tracy managed to find a nice Indian dress for the Asian night onboard that night.

An atmospheric place like Cochin deserves more time than this, but it can still pack in a lot of sights, and provide a lot of entertainment in just a few hours. Like the curry powder I bought, good things come in small packages. 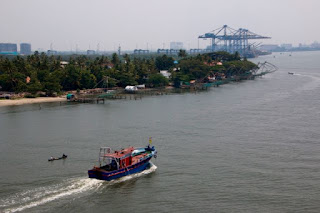 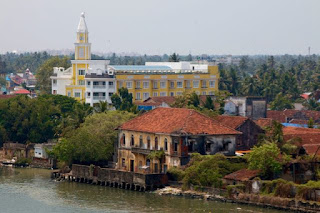 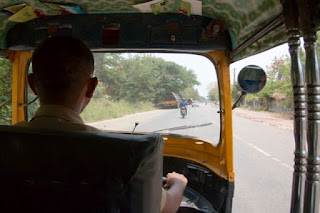 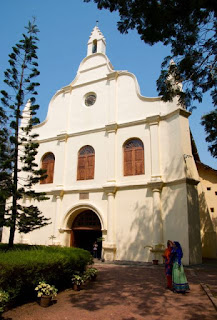 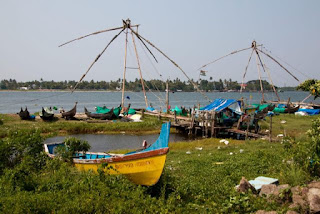 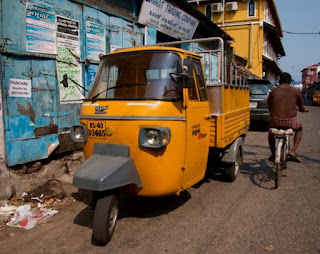 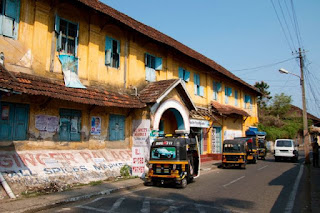 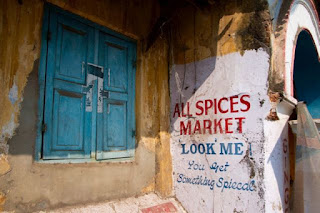 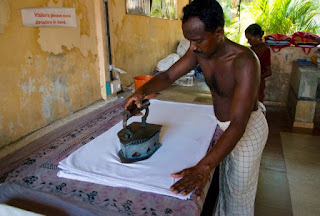 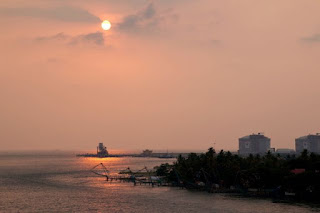