When I tell my friends that I went for lunch at the Taj Mahal, they would probably assume that I went to a dodgy South London curry house. However, today was one of those surreal days of cruising with Silversea, when they chartered a plane from Mumbai and flew over 100 of us over to the Taj Mahal for a day trip - the real one in Agra!

I had assumed that this would be a virtually impossible logistical exercise to get there and back in a day, given the distance, the bureaucracy of India, and the general chaos of its streets. Yet, the whole thing went off beautifully, organised with such military precision that it hardly felt rushed at all. Being able to land our charter at the military base at Agra (rather than at Delhi, which is a 3 hour drive away), meant that what seemed impossible, became possible.

It was a long day though – getting up at 4.30am, and getting back to the ship at 7.15pm. But, when you have a building as magnificent as the Taj Mahal as your end goal, a bit of fatigue is of no consequence.

As someone who's never been to the Taj before, it's difficult to describe the feelings that the building inspires in the first time visitor. Of course, we've all seen it in a thousand photos, documentaries and films – but, seeing it in the flesh (or in the marble) for the first time is such a powerful feeling.

This is a building whose architects knew all about the visual impact of the tantalisingly slow reveal. The Taj is hidden away within a high-walled compound, so a visitor on foot doesn't get any sight of it until they start to enter through one of the monumental gateways. Then, against the darkness of the gate building, your heart starts to beat faster as you catch your first glimpse of the white domes of the Taj shimmering away in the sunshine, perfectly framed by the dark portal of the gateway. It feels like you're walking into tourist nirvana, reaching one of the true holy grails of travel.

Normally in these circumstances, I can't help myself uttering the mindless tourist cliché of "wow" – but, as the Taj Mahal revealed its incredible beauty to us, I was just left speechless. When you're faced with absolute architectural perfection, what can you say?

The building was bigger than I thought it would be, yet once inside the mausoleum, it was smaller than I'd imagined. Somehow, the architecture was overwhelming, without being impersonal - it was obviously intended to be a huge spectacle, yet it touches you on an individual level.

Seeing as it was intended to be a huge enduring statement of love from Shah Jahan to his favourite wife, I don't think I've ever seen aesthetic beauty encapsulated so perfectly in a single piece of architecture. Like his love (and his grief), the Taj is both wonderfully simple and incredibly complex.

Given the heat (in the mid-day sun, it was in the high 30s centigrade), we didn't have too long to explore, but even when I was walking away from the Taj, I couldn't keep my eyes off it. I was turning around so much that I eventually settled on just walking backwards hoping I didn't bump into anyone.

Against the breathtaking splendour of the Taj, the rest of the details of the day melt into insignificance – the amazing lunch we had, the seamless travel arrangements that took us from coach to plane to coach, the visual assault that are the teeming streets of Mumbai – today was all about the Taj.

It seems strange to look back and think that there were thousands of people also there, all sharing the same inspirational views as me, yet at times it felt like it was just me and the Taj. A truly incredible, indescribable, breathtaking building. 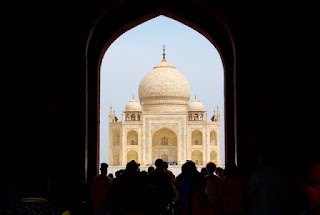 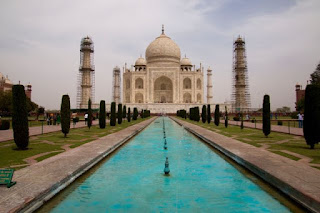 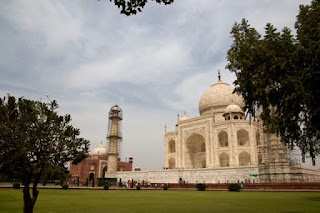 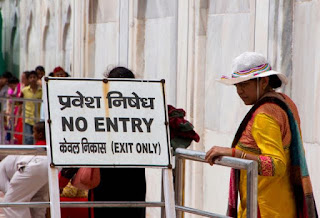 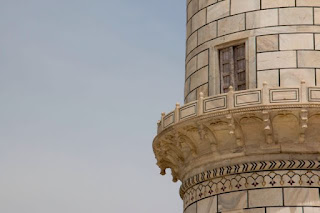 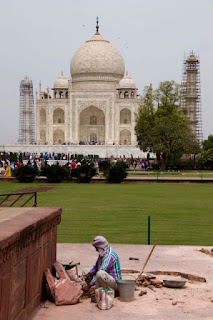 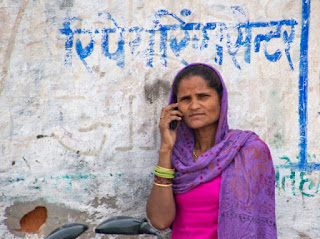 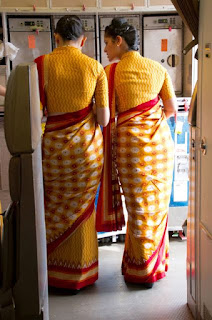 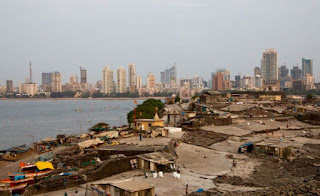 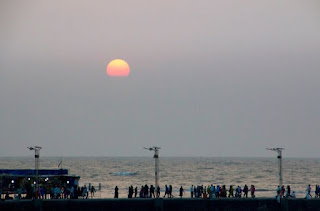