A transit of the Suez Canal normally involves me giving a narration from the bridge, trying to liven up our very slow progress through what is largely featureless desert.

However, our transit today did have an extra interest, because we were going to be sailing through the much heralded "New Canal" – intended as a glorious showpiece for the government of President (General) Sisi. Actually, the "New Canal" is a bit of a misnomer, as it's mainly an extra shipping lane that's been put in to cover just 22 miles of the 110 mile length of the existing canal – there are still long stretches of canal (the original one) that are only wide enough for one-way traffic.

But, what makes the "New Canal" so remarkable, was the speed of its completion, and the enormous cost of its construction. President Sisi seized power from the elected Muslim Brotherhood government in 2013 (either in a military coup, or at the head of a popular uprising, depending on your point of view); and he needed a showcase project to show the world, and his people, that he was going to make a difference, and put Egypt back on its feet again.

So, he announced that the construction of the "New Canal" would begin, and that he would get it done in just 12 months (rather than the 3 years that it was projected). At the time, cynics like me scoffed that this was all pie in the sky, and it would never get finished. But, true to his word, it opened on schedule in 12 months.

But, at what a cost. The bill came in at $8 billion - in a country whose infrastructure is falling apart and public services are virtually non-existent, many have asked was it really necessary? Because, although the "New Canal" will double the capacity of the original one, it wasn't even running at capacity before. Is it a case of build it and they will come?

Actually, from a commentary point of view, the "New Canal" looks pretty much like the old one, so there wasn't a lot new to point out – other than plenty of trucks and diggers pushing piles of sand around.

The question remains – will the "New Canal" come to be seen as the start of Egypt recapturing its past glories, or will it be seen as Sisi's White Elephant? Only time will tell. 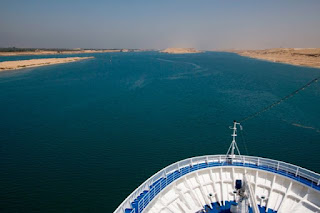 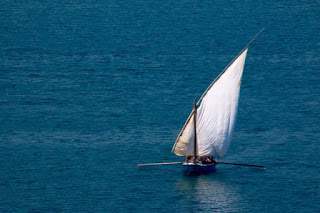 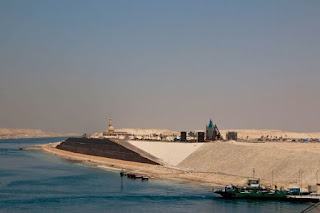 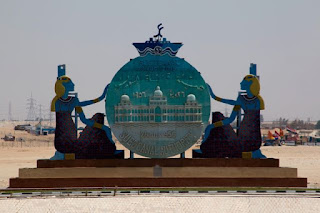 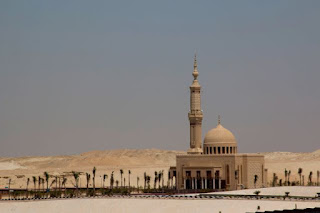 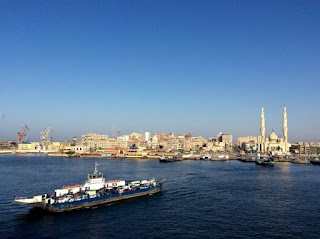