April 1st – A Fast and Furious Day in Colombo

Every year that I come to Colombo, it appears to get just a little better – the streets are cleaner, things seem more organised, and the number of building sites around the city are a sign of a booming economy. Since peace broke out in 2009, there's a visible improvement in people's demeanours – to me, they generally appear much happier and more welcoming.

Sadly, one thing that doesn't change in Colombo, is the way that the tuk tuk drivers at the port aggressively try to get your business, and attempt to overcharge the unsuspecting cruise passenger. It's not a pleasant introduction to the city. Having experienced this quite a few times, we knew to walk beyond the sharks at the port entrance, and to pick up a passing tuk tuk a bit later on.

Even so, as we were walking along, we were accompanied by a friendly, smart-looking chap who told us that he was a naval officer on his way back home. As we chatted, it all sounded quite plausible until, all of a sudden, he started telling us about a big festival that day taking place in one of the temples....... We've fallen for this one before – he arranges a tuk tuk for us, and after a load of driving around, the festival never materialises, and you pay an arm and a leg for wasting your own time.

This hurdle negotiated, we headed through the old colonial Fort area, passing by some sections of the city that we'd not been able to visit before. Previously, they'd   been off-limits, languishing behind a "high security zone". Now that they'd been released from their exile, these grand old colonial buildings were slowly coming back to life.

Unfortunately for them, in the intervening years, the focus of the businesses in the city has mostly moved elsewhere – it will be interesting to see if Fort can become the business centre of Colombo once again.

Next, we moved onto the Pettah District, where all the chaotic street markets are. This area used to look like a bomb had just gone off (maybe it had?), but while it's still a hugely busy district, teeming with people, the pavements are now spotlessly clean. Everywhere we walked, people said cheery "hellos", and gave us big toothy smiles – it really put a spring in our steps. We made it over to the fruit and vegetable market, which was crammed with people, yet the vendors still had time to indulge a couple of tourists who obviously weren't going to buy anything.

From here, we went to the Wolvendaal Church, a solid church built by the Dutch in the 1750s – with its historic pews and centuries-old tombstones, this place really wears its history on its sleeve, and we were given some interesting stories by the caretaker, who had a real pride in his job.

We then walked through a Muslim area where school was just emptying out – we picked up a bodyguard of 5 delightful young boys who giggled away as they tried out their English on us (they have pride of place on the first photo & we hope they see themselves here). It's interesting to think that what religious tension there is in this city, tends to be between the majority Buddhists and the Tamil Hindus – here, the Muslims tend to keep out of the conflict.

It was now getting scorchingly hot, so we caught a tuk tuk down to the Galle Face Hotel to have a cooling drink by the sea. This colonial grand dame has been through a long renovation process to bring it back to its old Days of the Raj splendour. They seem to have done a good job on it, although I heard mixed reviews of the food served for lunch.

We'd foregone lunch to do some more exploring, heading up Galle Face Green, buffeted by some cooling sea breezes, and then popped into the Old Dutch Hospital, which now has some upmarket shops, pubs and restaurants – all at decent prices.

So, we really enjoyed our day in Colombo – in the last couple of ports, it's nice to be able to visit places that are on the up, where signs of improvement are all around you. If only they could do something about those tuk tuk drivers....... 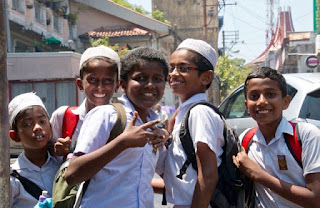 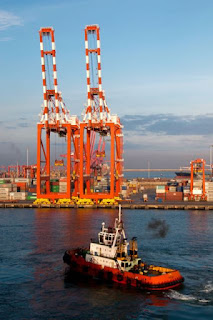 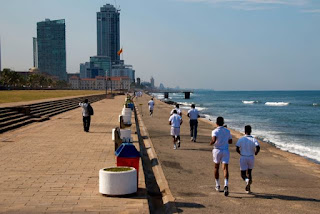 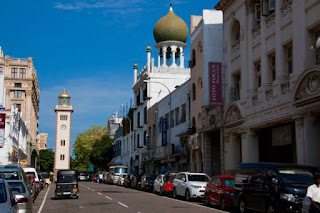 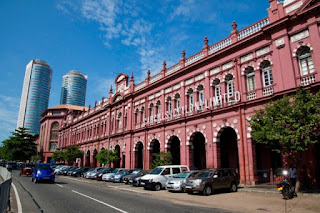 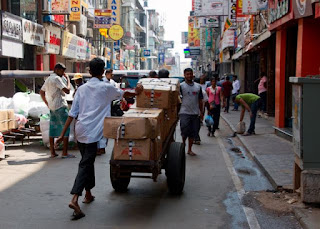 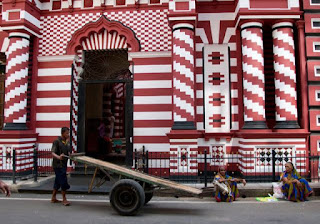 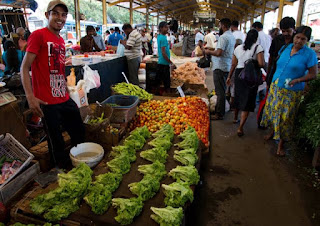 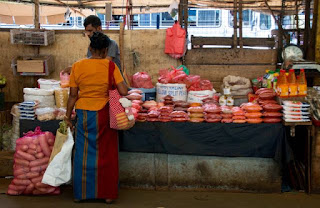 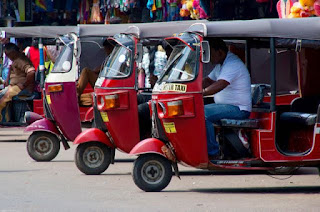 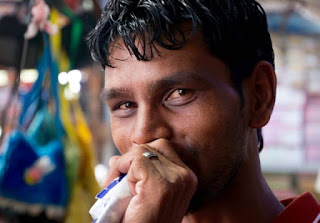 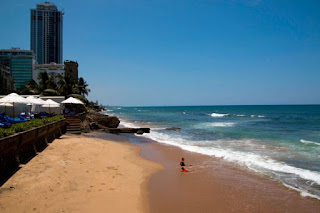 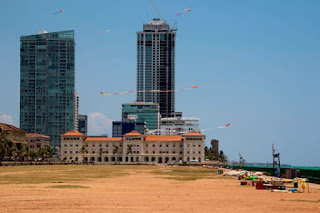