Of all my days of cruising, our visit to the Egyptian resort of Sharm El Sheikh today was one of the most depressing that I've spent. The place was utterly empty of tourists and seemingly devoid of hope. It didn't just have an End of Season it feel to it, it had an End of World atmosphere.

It has to be said that, even in its boom years, Sharm was never a centre of culture, but its westernised bars and restaurants used to be full of British, German and Russian tourists enjoying cheap, uncomplicated sun and fun, plus some excellent snorkelling and diving.

But, since the downing of the Russian airliner a couple of months ago, Russian tour operators have been banned from flying to Egypt, while the British and German airlines have also cancelled all flights to Sharm – I was told that Swiss Air is the only international carrier still flying here.

So, what greeted us on a blisteringly hot day as we got off the Shuttle Bus at Na'ama Bay, was a depressingly empty ghost town, where at least every other shop was closed and those that there were open had a faded and dusty look about them that suggested that they hadn't had a customer in weeks. The shopkeepers either had a desperate air about them as they implored you to buy their largely tacky souvenirs, or they had a resigned sadness to them that meant they could hardly be bothered to even move. It was desperate.

As we walked down the deserted streets, it was like a scene from a post-apocalyptic zombie movie – where had all the people gone? It was actually quite scary to watch a city literally dying in front of you. The lines of unoccupied sunbeds on the beach, made for a pathetic sight, as you wondered how long it can go on for. Without tourists, this over-developed stretch of desolate coastline has no reason to survive.

For now, the lawns and flower beds are still being watered – how long will it be before they're left to wither in the hot desert sun? The worst thing about it is that the terrorists have got exactly what they wanted. Egypt's tourist industry is dying on its feet; the people working in it have lost their livelihoods; and, if it goes on much longer, I fear that towns like Sharm may never recover.

I've never been a great fan of Sharm El Sheikh, but its current plight is quite heart-rending. The Egyptian government is going to have to work incredibly hard to restore confidence in the security situation here. 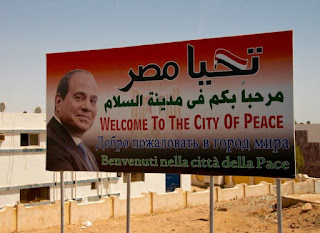 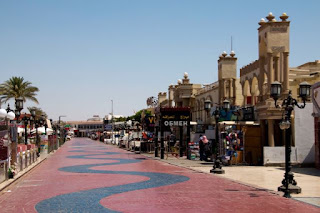 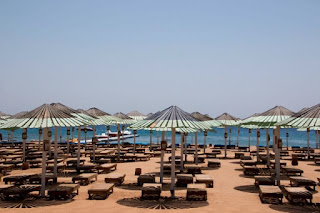 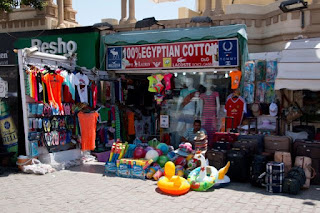 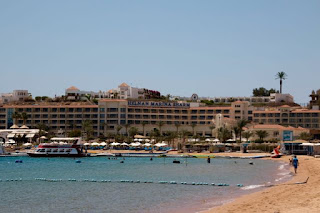