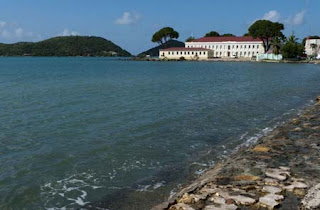 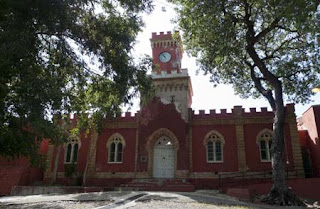 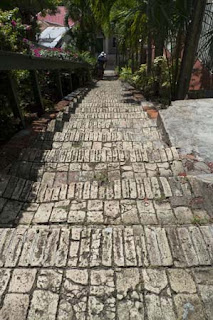 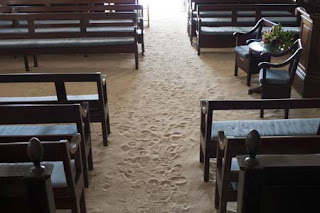 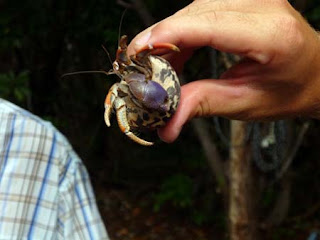 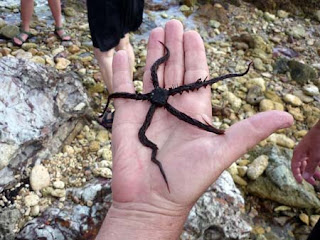 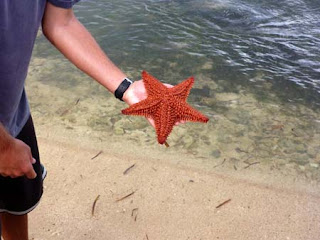 St Thomas is the busiest cruise port in the Caribbean, welcoming up to 8 monster cruise ships a day; so it was a nice surprise to be only one of two ships in port today. So, instead of the 20,000 plus passengers swamping the pretty capital, Charlotte Amalie, the place has a more laid back feel to it.

Nevertheless, Charlotte Amalie is probably the most commercialised town in the Caribbean, and the endless array of duty free shops selling diamonds, cheap booze and electronics would have been bewildering if we'd actually been in the market for any of them. Instead, we ignored the constant entreaties to enter this or that shop, and we explored the historic side of town, with its collection of colonial buildings dating from the time that the Danes were in charge of the island.

Among the historic buildings, we visited the old synagogue (with sand covering the floor to commemorate the wanderings of the Jews in the desert), and the Governor's House, home to the American Governor of the island since the US purchased the Danish Virgin Islands in 1917. Here, the guard showed us two paintings by the island's most famous son, Camille Pisarro, "The Father of Impressionism" – he said they were worth $2M and $5M respectively.

By now, the temperature had heated up to the hottest and most humid conditions we've experienced on this trip, and the streets turned into a baking oven, as we sweated our way back to the ship for lunch.

Given the extreme heat, I was beginning to regret signing up for a tour that consisted of a kayak, hike and snorkel this afternoon. I shouldn't have worried – it was great fun, and a good workout. We were taken to Cas Cay where we kayaked into the mangroves which are fortunately in a protected area on this over-developed island. On the way, we learnt about the delicate ecosystem here which helps preserve the coastline and the sealife around it.

We then made it to one of the coral islands, and as soon as I stepped ashore I noticed that the whole floor was moving. There were thousands of hermit crabs scuttling around the floor in their scuffy shells – if you were crabaphobic, this would be the stuff of nightmares. Our guide got us to select a crab each so that we could have a race – unfortunately, one of the crabs selected by one of the passengers was a little too energetic, and bit her on the finger. My one then started to get a bit feisty too, which meant that I dropped it twice – probably not a good warm up for the race, because he refused to move once he was under starters orders.

After this excitement, we went on a snorkel into the lagoon, where we saw an amazing array of colourful fish nibbling away at the shallow coral – the size of some of the fish was quite impressive – an incredibly ugly, fat pufferfish skulked around the bottom lugubriously. On the way back, I also had a close encounter with a lion fish hiding in the mangrove roots – apparently his spines are very poisonous, so I kept my distance.

Finally, with my puny arms aching from the effort, we kayaked our way back to the mainland for a well deserved rest. An excellent, if unbelievably hot, day.