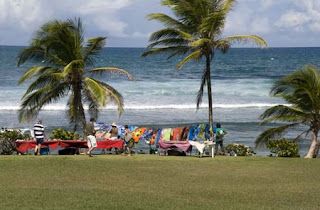 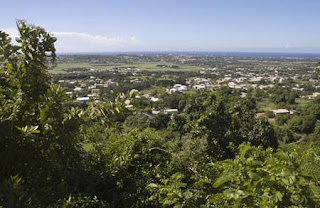 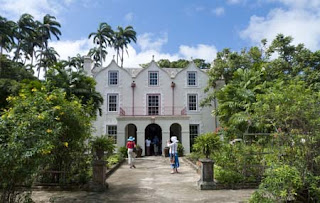 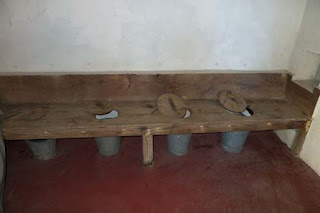 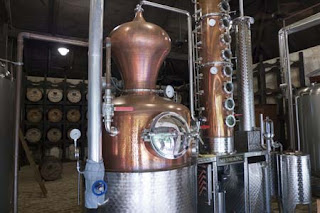 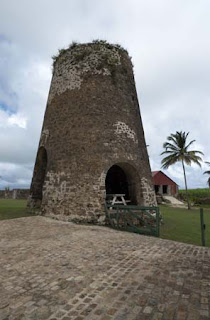 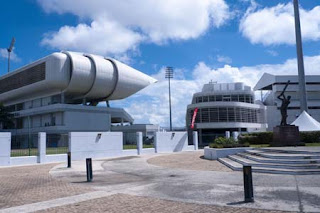 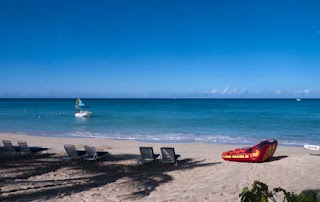 Of all the islands we've been to, Barbados has had the most organised and best executed tours – without fail, all the passengers came back saying how much they'd enjoyed them.

My tour, the "Barbados Sugar Trail", took us up the so-called "Platinum Coast", past all the mega-luxury resorts and millionaire's developments, like the super-expensive Sandy Lane Hotel, up to Barbados's second town, Speightstown. Here we visited the new Arlington House Museum, housed in an old merchant's dwelling, which had a number of multi-media exhibits detailing the history of the island, from the British takeover in 1625, through to the development of the sugar plantations and the slavery system, and onto independence.

From Speightstown, we ventured into the centre of the island, to one of the most historic buildings in the Caribbean – St Nicholas Abbey, a grand old Plantation House dating all the way back to the 1650s. This impressive manor house was built in Jacobean style, with high gables and large windows to let in the cooling breezes – apparently it's one of only three Jacobean buildings to have survived in the whole of the Americas.

Barbados is the first island that we've visited on this trip where sugar is still cultivated on a large scale, and the house still sits at the centre of a large sugar plantation surrounded by green fields of swaying cane. The whole thing was so well preserved that it wasn't too difficult to imagine the days when the plantation owner would have owned a large gang of slaves to harvest and process the cane. We saw the old windmills and the steam-powered crushing plant that replaced them, and the distillery where rum is still produced – it tasted more like cognac to me, and had a fairly lethal kick to it.

Finally, as an added bonus, we bumped into a heavily armed army patrol, so we got to hear why the wearing of camouflage clothes or imitation army dress by the public (including young children) is banned on the island. Apparently a few years ago, a group of bank robbers donned fake army uniform to carry out their raids, and now it's illegal for anyone but the army to wear camouflage clothes. Fortunately, combat pants and camouflage clothes don't feature too heavily in the average Silversea passenger's dress, so we weren't arrested.