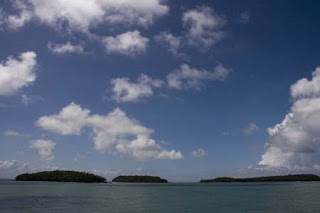 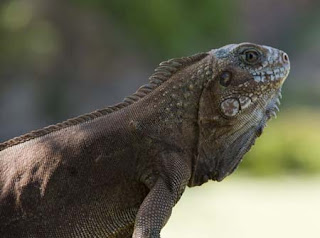 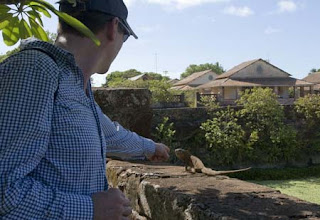 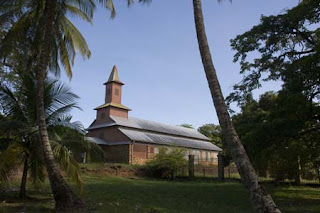 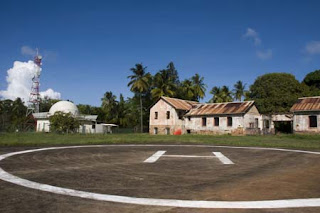 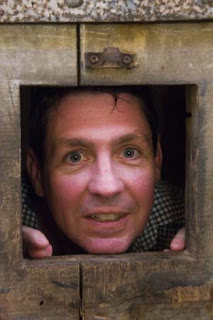 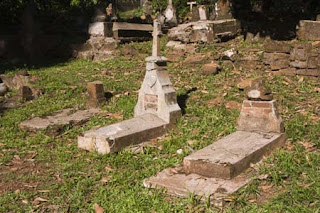 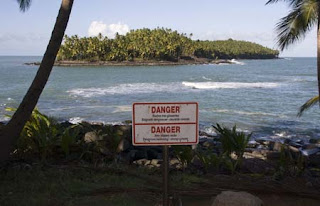 Today we got to visit one of the most evocative prisons and feared penal colonies in the world – the infamous Devil's Island, the home to the story of "Papillon".

Confusingly, there's three islands in the Ile de Salut group, which collectively came to be known as "Devil's Island" – we were visiting the largest island, Ile Royale, while the forbidding island of Devil's Island itself is strictly off limits to visitors (it's impossible to land there because of the rocks, the dangerous currents and the frequently heavy seas).

For 101 years from 1852 to 1953, 70,000 French convicts were sent to these remote islands off the coast of French Guiana, and out of them, 50,000 died due to disease, malnourishment, or mistreatment at the hands of an incredibly cruel regime.

The islands are situated just above the equator, and so they're unbelievably hot and humid – one of the reasons why a prison sentence here was so feared. We were already sweating before we got off the tender, and as we climbed up into the centre of the island, the heat was oppressive. Apart from the debilitating heat, the thing that struck us most was just how beautiful the islands were – lush green tropical palms swaying in the hot winds, the floor littered with cocoanuts, the forests and paths inhabited by monkeys and the strange-looking agoutis (looking like a cross between a rat, a rabbit and a squirrel).

When faced with the almost idyllic views, it was hard to reconcile it with the suffering and misery of the poor prisoners banished here, in what was to be an almost certain death sentence. However, it got easier to get in touch with what we'd seen depicted in the film Papillon, when we made it to the solitary confinement cells – tiny, claustrophobic concrete cells with scarcely any light or air. When the heavy wooden door slammed shut behind me, it was a nerve-jangling moment.

The other thing that struck me, was just how recent it was that prisoners were sent here to this incredibly inhospitable environment, until the 1950s. When you think that modern prisoners can take the government to court if someone denies them access to their TVs or blackberries, then this place felt a million miles away.

It's a fascinating place to visit, but there was only so much sweating that you can do in one day, so the call of a shower and air-conditioning was becoming too hard to resist. So, instead of throwing myself off a cliff on a bag of cocoanuts like Steve McQueen in Papillon, I jumped onto the tender to get back to the world of 5 star luxury. Whether you were an escaping prisoner, or a pampered cruise passenger, it's always a relief to escape from the heat of Devil's Island.