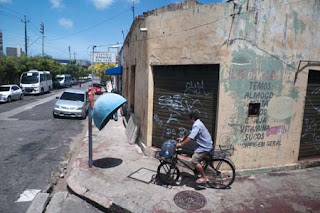 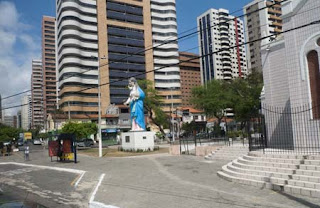 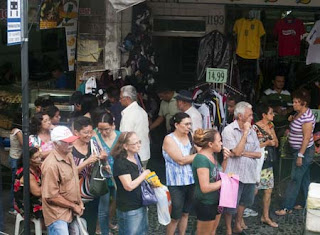 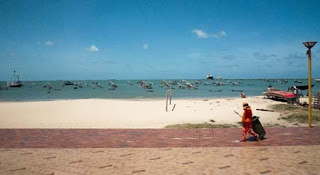 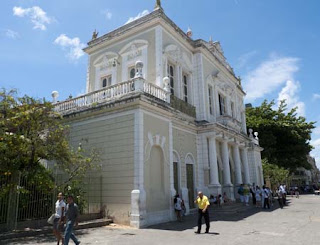 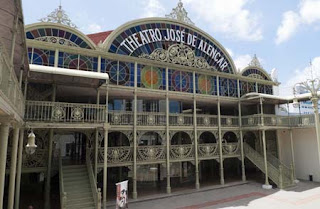 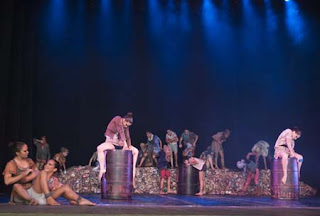 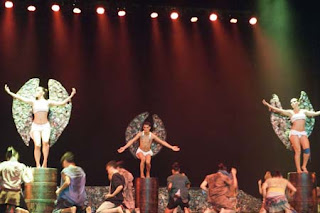 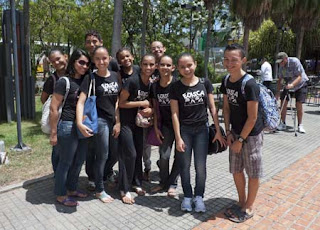 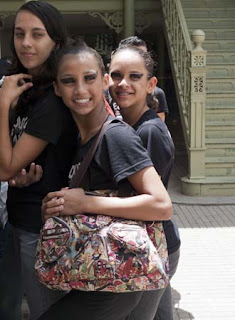 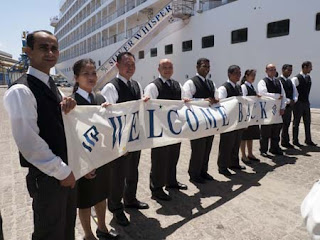 The Brazilian city of Fortaleza may be a popular beach resort and the fifth largest city in Brazil, but there's not a huge amount of tourist attractions to see in town. That's why it was so great that Silversea arranged a complimentary "Silversea Experience" – a dance performance in the beautiful Jose Alencar Theatre.

So, we drove into town from the port along the city's slightly scruffy streets, many of the buildings covered in graffiti, before we emerged onto the city's best feature – its beautiful beachfront. Fortaleza has become a popular beach resort for Brazilian tourists, and when you see its miles of gorgeous sandy beaches spreading both sides of the port, it's not difficult to see why.

Eventually our coach made it through the busy traffic to the theatre, a lovely art nouveau design dating from 1910, when it was prefabricated in Britain and shipped out here to the tropics (those were the days when Britain was the workshop of the world). The glass facade of the theatre looked like a Tiffany lamp, while inside it was bright and airy, even if the paintwork was peeling a little.

We didn't really know what kind of performance to expect – all we knew was that the dance company was a charity that tried to help disadvantaged children and keep them off the streets. What we got was far, far better than anything we'd expected – an intense, superbly executed performance of wonderful skill and athleticism. To be honest, I wasn't really sure what story was being told (there was no explanation about what it all signified), but it was all fantastically well done.

It appeared (this is my interpretation, so it may be entirely wrong) that it was portraying the grim life of the kids on the streets, fighting to survive by picking scraps from the rubbish heaps and the struggle to live in a violent and hungry world. They presented a nightmarish world with enormous skill and a depth of emotion that you wouldn't expect from a mainly adolescent cast.

At the end of the performance, we were left kind of shell-shocked by the raw emotion of it all, and the audience rose as one to give these fantastic performers a rousing standing ovation.

Afterwards, we went to the theatre's gardens to have canapés and wine – it felt a bit decadent after the grim spectacle that we'd witnessed, but we soon shrugged off our feelings of guilt. It was also a relief to see the children come out to meet us, full of smiles and shy enthusiasm, rather than the sorrowful and serious faces that we'd seen in the performance.

I think we certainly saw the best that Fortaleza had to offer.